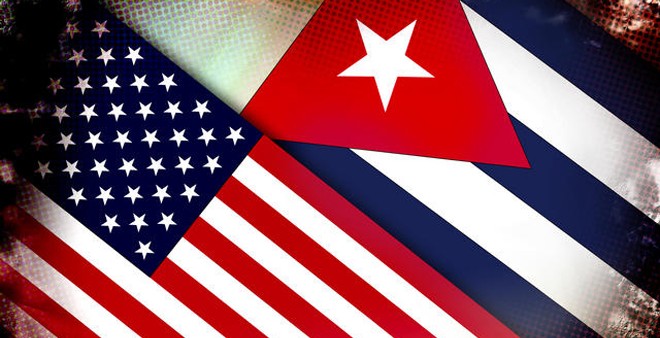 US president Barack Obama this week reset Washington’s Cold War-era policy on Cuba and the two countries swapped prisoners in a historic deal after 18 months of secret talks.

US officials will visit Havana in January to start talks on normalisation, and Mr Obama said his government would push Cuba on issues of human and political rights as they negotiate over the coming months.

Mr Castro said on Saturday he was open to discussing a wide range of issues but they should also cover the US.

“We reiterate our willingness for respectful and reciprocal dialogue concerning disagreements,” he said.

“The Cuban people cheer this correct decision of US president Barack Obama. It represents the removal of an obstacle in relations between our countries.”

Mr Castro added that Cuba “accepted dialogue… on any topic about all things here but also in the United States.”

He also stressed Cuba would not be giving up its socialist principles.

“In the same way that we have never demanded that the United States change its political system, we will demand respect for ours,” Mr Castro told Cuba’s National Assembly in a session that turned into a celebration of resistance to US aggression.

Mr Castro said Cuba faced a “long and difficult struggle” before the US removes a decades-old economic embargo against the Caribbean island, in part because influential Cuban-American exiles would attempt to “sabotage the process” toward normalisation.

Mr Obama urged Congress to ease the US economic embargo on Cuba and also said this week his administration would undertake a series of measures to ease restrictions on commerce, transportation and banking.

Mr Castro confirmed he would participate in the Washington-backed Summit of the Americas in Panama in April, potentially setting up his first meeting with Mr Obama since the two countries agreed on Wednesday to re-establish diplomatic ties.