Home / Asia-Pacific / News / US / US Marines heading back to war-torn Afghanistan: Report 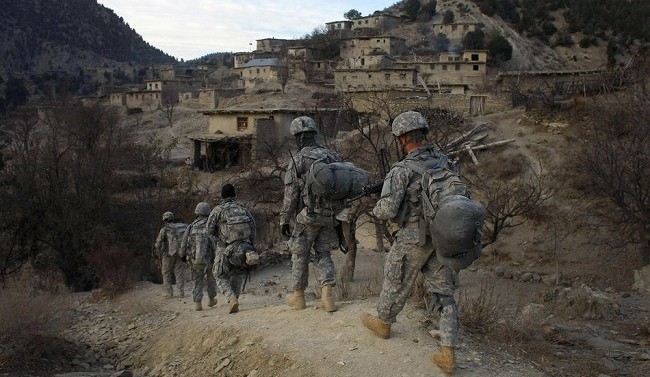 US officials have revealed that Marines are heading back to war-torn Afghanistan, days after President Barack Obama announced to end the Afghan war.

This week, the Marines Corps Times outlined that preparations for the Afghan deployment are being made by the second Air Naval Gunfire Liaison Company in North Carolina.

According to the news release, US Marines will be responsible for security operations in Afghanistan.

They have been trained to react to different situations such as counter explosive device patrols as well as investigating the origin of enemy fire.

The company recently tested its Supporting Arms Liaison Team Alpha’s readiness for the upcoming deployment to Afghanistan, the report said.

The Marines were “tested on their reaction to different insurgency situations such as counter improvised explosive device patrols and investigating the origin of enemy fire,” the release states.

Military officials have refused to provide information about the time of deployment.

The United States and its allies invaded Afghanistan in October 2001 as part of Washington’s so-called war on terror. The offensive removed the Taliban from power, but the country remained insecure despite the presence of thousands of foreign troops.

In a statement on December 28, Obama argued America is safer and more secure after the Afghan war, which was not worth the cost, a great majority of Americans believe, according to recent polls.

Obama said about 10,000 troops remaining in Afghanistan would only be involved in training Afghan forces.

However, Obama has secretly signed an order that allows US troops to be involved in combat operations in Afghanistan throughout 2015, according to The New York Times.

The order will authorize American forces to continue their missions against the Taliban and other militant groups in the Asian country. The new authorization will also let US jets, bombers, and drones be used to aid ground troops.