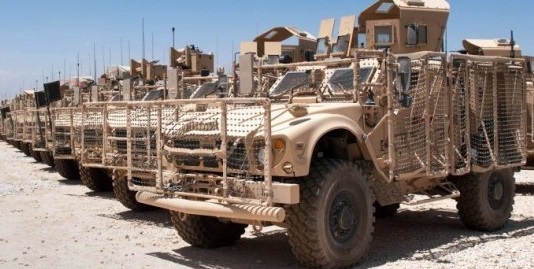 The US government is expanding its “military assistance” to Iraq, providing more weapons and training the country’s army to battle the ISIL terrorist group, a former Pentagon official in Washington says.

”The United States is probably going to increase its train and equip, which will include providing more security vehicles,” said Michael Maloof, a former senior security policy analyst at the US Department of Defense.

“I think you’re going to see an increase of assistance from the US to Iraq to try to stem the ISIS advances,” Maloof told Press TV on Wednesday, using another acronym for ISIS.

However, Maloof expressed concern that the US military hardware will end up in the hands of ISIS terrorists and used against Iraqi civilians.

The US embassy announced earlier this week that the Pentagon has donated 250 mine-resistant, ambush-protected vehicles (MRAPs) to the Iraqi Army as it battles ISIS.

US President Barack Obama has pledged 3,100 American troops to Iraq to “train and advise” the Iraqi Army.

Obama and other senior US officials maintain that US troops would not engage in direct combat with ISIS terrorists.

The US-led coalition has conducted more than 900 airstrikes against ISIS targets in Iraq since August 8 at an average cost of over $8 million a day, according to the Pentagon.