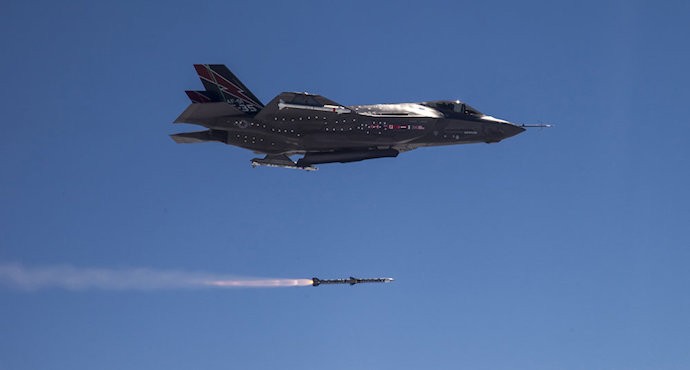 The United States has approved more than $600 million in sales of air defense missiles to Japan and South Korea amid renewed tensions with North Korea.

On May 17, the U.S. State Department approved the potential sale of 94 SM-2 Block IIIB interceptors to South Korea. The deal, which also includes associated systems and technical assistance, is estimated at $313.9 million USD.

On the same day, the State Department also announced its approval for the potential sale of 160 AIM-120C-7 Advanced Medium-Range-Air-to-Air Missiles (AMRAAM) and 1 AIM-120C-7 AMRAAM guidance section to Japan. The deal is estimated at $317 million USD.

On Friday, the Defense Security Cooperation Agency (DSCA) delivered the required certification notifying Congress of the possible sale of the AIM-120C-7 AMRAAM. Raytheon Missile Systems will be the primary contractor.

The deal is “vital to U.S. national interests to assist Japan in developing and maintaining a strong and effective self-defense capability,” the agency said.

The sales “will support the foreign policy and national security objectives of the United States” by assisting key allies and “will not alter the basic military balance in the region,” a State Department statement said.

The South Korean military was approved to purchase $313.9 million in missiles from U.S. manufacturers, the Defense Security Cooperation Agency announced.

The Republic of Korea was approved to buy up to 94 rounds of SM-2 Block IIIB Standard medium-range surface-to-air missiles and 12 MK97 MOD 0 guidance sections, equipment used to aim the missiles, DSCA said.

“The proposed sale will support the foreign policy and national security objectives of the United States by meeting the legitimate security and defense needs of on the of the closest allies in the INDOPACOM theater,” DSCA said in a statement.

“The ROK Navy intends to use the SM-2 Block IIIB to supplement it’s existing inventory. The proposed sale will provide a defensive capability while enhancing interoperability with the U.S. and other allied forces,” the agency added.