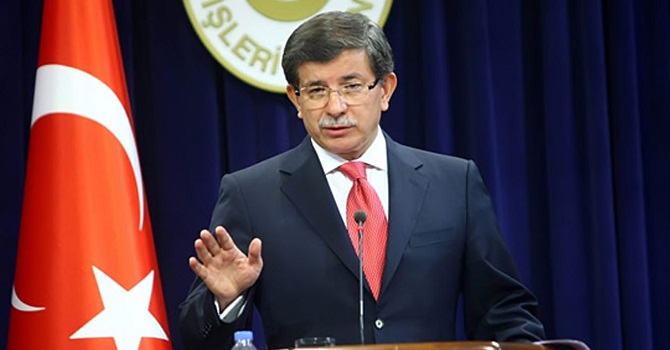 Turkish Prime Minister Ahmet Davutoglu says Ankara is willing to support a possible operation to take back the Iraqi city of Mosul from the ISIS terror group.

Davutoglu made the comments on Wednesday en route to the United States, noting that Turkey would avoid engaging in a direct fight unless it is attacked on, Turkish Hurriyet Daily News reported on Thursday.

“We would support Mosul, but we will not engage in direct combat. We will only respond if there is a direct attack on Turkey,” he said, adding that Ankara possesses “both the potential and the might for that.”

Commenting on Turkey’s basic policies regarding Iraq, the Turkish premier said the first one would be helping the Iraqi central government “for the sake of Iraq’s sustainability.”

“For example, if [Kurdistan’s capital,] Erbil fell [to ISIS], this would be problem for us in terms of national security. Places close to the border must not be under the threat of terror,” he said.

The comments come as Turkey has been one of the staunch supporters of the ISIS militants fighting against the Syrian government in the Arab country. Last month, Turkey and the US signed a deal to train and arm what the two sides called moderate militants in Syria.

The ISIS terrorists, many of whom were initially trained by the CIA in Jordan in 2012 to destabilize the Syrian government, are engaged in crimes against humanity in the areas under their control in Syria and Iraq.

The Iraqi government troops backed by Shia fighters have recently kicked off an operation to recapture the city of Tikrit from ISIS. The city fell to the terror group following their advance into Iraq from Syria in June 2014.

The army’s operation to liberate the city is being conducted from five directions so the militants can neither escape nor strengthen their defenses via reinforcement.