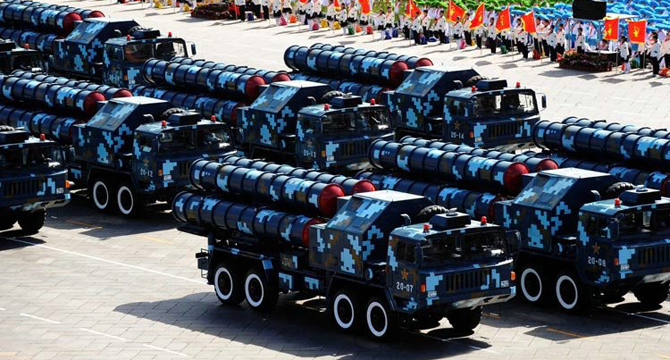 The Turkish military is determined to buy long-range anti-missile systems from China, even though they wouldn’t be compatible with NATO weapons. Security concerns have been raised by other members of the alliance.

Defense Minister Ismet Yilmaz, in a written statement to the parliament, gave an assurance that the contract would go ahead.

“The project will be financed with foreign financing. Work on assessing the bids has been completed and no new official bid was received,” the minister said.

“The system in question will be integrated with the national system for Turkey’s defense and will be used without integrating with NATO,” he added.

However, later an official for Turkey’s Defense Industries told Reuters that Turkey had not taken a final decision on the contract and talks with China were continuing.

An arms procurement committee in Turkey chose the bid from China’s Precision Machinery Import and Export Corp in 2013. The state-owned firm requested $3.4 billion for its FD-2000 system, the export derivative of HQ-9. Turkey needs the system for its national long-range air defense project, which Ankara first announced in 2006.

Competing bids for the Turkish contract were placed by US defense contractor Raytheon, the producer of the Patriot missile system, and Franko-Italian firm Eurosam with its SAMP/T system.

The tender is expected to be finalized later this year. Some Turkish media suggest that the announcement will come on April 24, the date of the commemoration of the 1915 genocide of Armenians by the Ottoman Empire.

Ankara doesn’t consider it genocide, merely calling it the “1915 incidents.” There have been ongoing diplomatic battles for years to make other countries share Turkey’s point of view. The lucrative air defense contract may serve as Ankara’s bargaining chip with the US and France, whereby they might reconsider their choice of antimissile system suppler in exchange for concessions on the genocide issue, reports suggest.

Earlier the media said that the Turkish government was in consultations with Paris over the deal, which some defense experts think is a hint that the selections of the Chinese product may be overturned.