Home / Europe / News / Sweden’s entry to NATO would be ‘threat to Russia': Putin 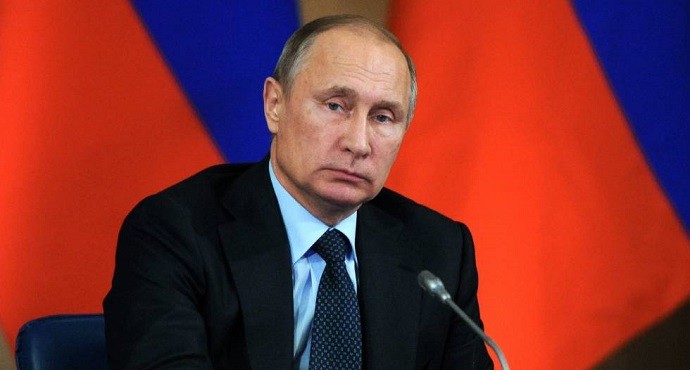 Russian President Vladimir Putin has expressed extreme opposition to the idea of Sweden joining NATO, calling its potential membership of the U.S.-led alliance a “threat” that would need to be “eliminated.”

“If Sweden joins NATO this will affect our relations in a negative way because we will consider that the infrastructure of the military bloc now approaches us from the Swedish side,” Putin told state news agency Itar-Tass.

“We will interpret that as an additional threat for Russia and we will think about how to eliminate this threat.”

However, Putin also added that the Russian concern “does not mean that we will be swept up in hysteria and point our nuclear missiles at Sweden.” But it will be considered as “an additional threat,” he reiterated.

At the same time, the Russian president stated that Moscow “has no plans to threaten Sweden.” Putin cited the western media’s “fake news saying that a Russian submarine or an aircraft was spotted somewhere.”

“It seems to me that only a madman can imagine that Russia plans to attack Sweden,” Putin noted.

In his opinion, “as far as enhancing Sweden’s military capabilities is concerned, this [NATO membership] will not be of any help.”

Putin pointed out that the decision on joining NATO “can only be made by the Swedish authorities elected by the people to lead the country” and NATO members cannot make decisions regarding the deployment of military infrastructure in Sweden.

Russian officials have repeatedly treated NATO expansion near or at its borders as encroachment, rather than a desire by their smaller neighbors to deter Russian military incursion as sustained by Ukraine in 2014.

Currently, only Montenegro is on the list of countries to be inducted into NATO, as Sweden and neighbor Finland opt to stay non-aligned. Currently, three Baltic states and Poland are members of NATO on Russia’s borders.