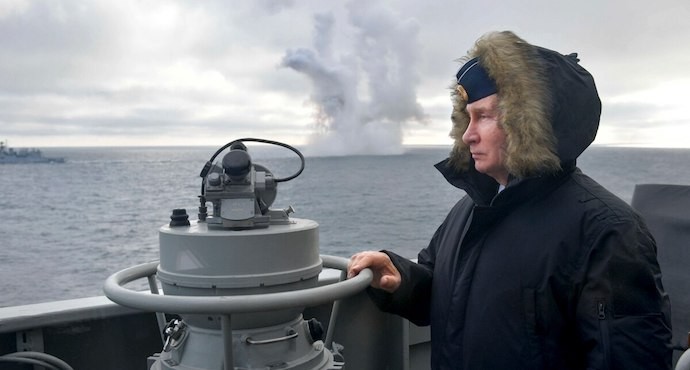 Putin watched the maneuvers from the Marshal Ustinov missile cruiser, the Kremlin said.

“The drills have been held successfully,” according to the Commander-in-Chief of the Russian Navy Admiral Nikolai Yevmenov.

More than 30 ships, 1 submarine and over 40 aircraft, including several Tu-95 strategic bombers, took part in the drills.

“The navy always has been a key component of national defense,” Putin said. “We will maintain and strengthen our nation’s status as a key naval power.”

Russia deployed its first hypersonic nuclear-capable missiles at the end of December. Objects traveling faster than five times the speed of sound, or Mach 5 or 3836 mph, qualify as “hypersonic,”