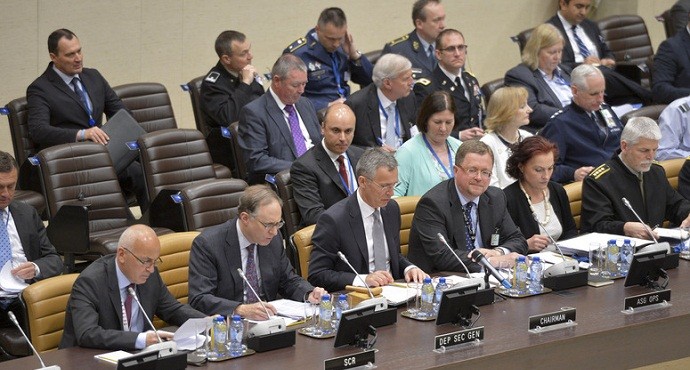 BRUSSELS (Belgium) – NATO foreign ministers and alliance partners have agreed to extend its mission in Afghanistan beyond 2016 as the country continues to face “serious security challenges.”

“But Afghanistan continues to face serious security challenges. That is why today, ministers agreed to sustain the Resolute Support mission beyond 2016,” Stoltenberg said, without saying how much longer it would continue.

Foreign Ministers, at the meeting, made clear that the Allies and Partners’ political, military and financial support for Afghanistan will endure.

US to maintain 9800 troops in Afghanistan through most of 2016

US Secretary of State John Kerry said that Washington had 9,800 soldiers in Afghanistan, accounting for the bulk of foreign troops in the Resolute Support Mission, and the number would fall to 5,500 in 2017.

“I will reiterate that America’s commitment to maintain 9,800 troops in Afghanistan through most of this year and 5,500 thereafter remains, with 3,400 assigned to NATO responsibilities” Kerry said.

After discussing the Resolute Support mission during the NATO’s Military Committee/Chiefs of Defense session in Brussels this week, Joint Chiefs Chairman Marine Corps Gen. Joe Dunford said he detects among allied nations “a strong commitment to finish what they started” in Afghanistan.

“I think most NATO nations have invested quite a bit, and everybody is interested in landing this in a good place,” he said.

Army Gen. John Nicholson, commander of the Resolute Support Mission, briefed the chiefs on the strategy in Afghanistan in 2016 and talked about the strategy for 2017, Dunford told reporters traveling with him.

The UK will continue to support the Afghanistan forces, Foreign Secretary Philip Hammond announced at the NATO meeting of Foreign Ministers.

“The UK will provide £210 million to sustain its commitment of £70 million per year towards the Afghan National Security and Defense Forces – a strong signal of our enduring commitment to Afghanistan”, Philip Hammond said. NATO Foreign Ministers and participants of the meeting also shared their resolute on Twitter:

Pleased to announce £210 million for #Afghanistan security. Encourage all #NATO partners to signal their support. https://t.co/hWemaTemKE

FM #Steinmeier at #NATO #ResoluteSupport meeting: We continue to stand firmly alongside the people of #Afghanistan. pic.twitter.com/udeM8UQhHd — GermanForeignOffice (@GermanyDiplo) May 20, 2016