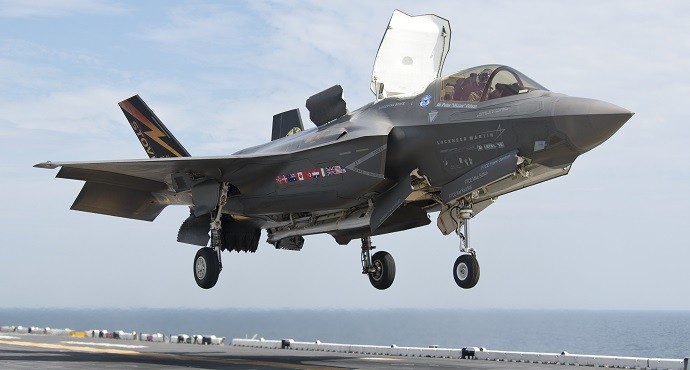 More than 80 percent of Pentagon’s F-35 joint strike fighters have been cleared and returned to flight status after the entire fleet was grounded last week due to a fuel tube issue.

“After completing inspections, more than 80 percent of operational F-35s have been cleared and returned to flight operations,” the F-35 joint program office said in a statement Monday.

The office adds that all U.S. military services and international partners have resumed flying with the cleared fifth-generation fighter jets.

The Pentagon last week grounded the Lockheed Martin-made aircraft to examine the fuel tubes within the engines, made separately by Pratt & Whitney. The fuel tubes, found in all F-35 variants, were suspected to be the cause of an F-35B crash on Sept. 28. near the Marine Corps Air Station Beaufort, S.C.

The statement adds that the issue is not expected to impact F-35 deliveries and the program remains on track to meet its target of 91 aircraft delivered to military services and foreign customers this year.

“More than 1,500 suppliers are on the F-35 program and this is an isolated incident which is quickly being addressed and fixed,” the program office said in a statement. “Safety is our primary goal, and we will continue to take every measure to ensure safe operations while we execute our mission.”

The F-35 program is the most expensive weapons program in history and has received criticism for having had numerous issues including cost overruns and various technical problems.