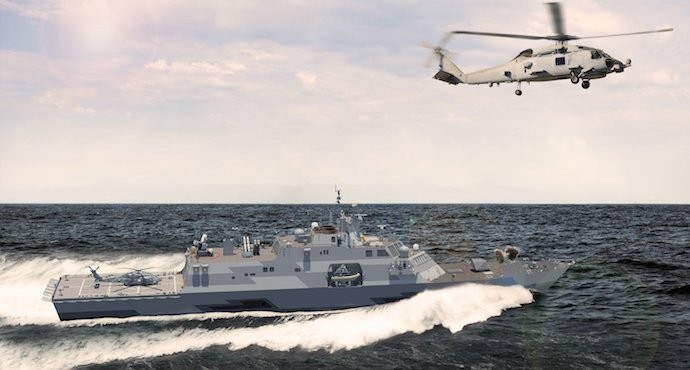 Lockheed Martin was awarded a US$1.96 billion to build four Multi Mission Surface Combatant ships (MMSC) for the Kingdom Saudi Arabia, according to a contract released on December 20, 2019.

The four Multi-Mission Surface Combatant ships are based on the Lockheed Freedom-variant of the U.S. Navy’s Littoral Combat Ship class. The four Saudi ships will be built at Fincantieri Marinette Marine Corporation shipyard in Marinette, Wisconsion.

“The MMSC is the first ship based on an LCS variant to be built for a foreign partner” according to the U.S. Navy International Small Combatants Program Office (PMS 525) programme manager Todd Tompkins.

The ships are being procured by Saudi Arabia under the U.S. Navy’s Foreign Military Sales (FMS) program. “This sale contributes to the foreign policy and national security of the U.S. by helping to improve the security of a strategic regional partner” according to the official statement.

The warships are part of the Saudi Naval Expansion Program II to upgrade the kingdom’s Eastern Fleet.

The new Saudi ships will be built around an eight-cell Mk-41 vertical launch system and a 4D air search radar, according to reports.

The deal also includes 532 Raytheon RIM-162 Evolved SeaSparrow Missiles (ESSM) which can be loaded four to a Mk 41 cell. With 16 cells per hull, the Saudi Freedoms will be able to potentially field 64 anti-air missiles per-ship.