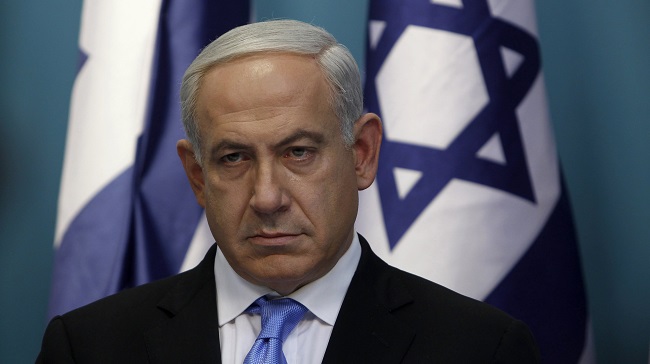 Israeli Prime Minister Benjamin Netanyahu has told his cabinet members that he will do his utmost to prevent Iran from obtaining what he called “nuclear weapons.”

“As prime minister of Israel, I am obligated to make every effort to prevent Iran from getting nuclear weaponry that will be aimed at the State of Israel,” Netanyahu said on Sunday as he was briefing his cabinet on a planned speech to the US Congress about Iran.

The International Atomic Energy Agency (IAEA) that supervises Iran’s nuclear activities has never concluded that there has been deviation in Tehran’s nuclear program towards militarism.

“This effort is global and I will go anywhere I am invited to make the State of Israel’s case and defend its future and existence,” he said.

The Israeli premier said that the P5+1 group were likely in the next few weeks “to reach a framework agreement with Iran, an agreement liable to leave Iran as a nuclear threshold state.”

“This endangers, first and foremost, the existence of the State of Israel,” Netanyahu claimed.

Benjamin Netanyahu’s comments came days after US House of Representatives Speaker John Boehner invited him to address a joint session of Congress on March 3 regarding Iran’s nuclear program.

Hours after US President Barack Obama threatened to veto any Iran sanctions bill during his State of the Union address on January 20, Boehner said he had invited Netanyahu to address the issue.

Iran and the P5+1 countries – the US, France, Britain, China, Russia and Germany – are in talks to secure a final comprehensive deal over Tehran’s nuclear work.

Since an interim deal was agreed in Geneva in November 2013, the negotiating sides have missed two deadlines to ink a final agreement.

Tehran and the six countries now seek to reach a high-level political agreement by March 1 and to confirm the full technical details of the accord by July 1.

Angered by the historic interim deal between Iran and its negotiating partners, Israel has been lobbying over the past months to thwart a final accord.

The IAEA has so far on several occasions confirmed that Iran has lived up to its commitments under the deal.

In a televised program on January 10, the head of the Atomic Energy Organization of Iran (AEOI), Ali Akbar Salehi, said that Iran and the six world powers were on the verge of clinching a comprehensive nuclear deal back in November 2014, but Israeli lobbies blocked the deal.