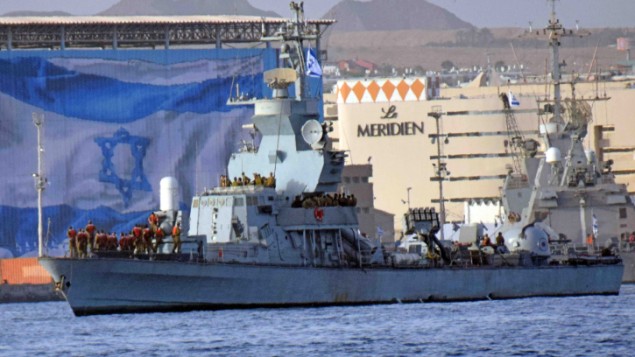 Netanyahu said the deal was signed between Israeli and German military officials earlier this week in the German capital.

“We purchased four new Sa’ar vessels,” the Israeli premier said during a graduation ceremony for the Israeli military pilots.

Netanyahu also praised German Chancellor Angela Merkel “for her commitment and constant assistance to our security.”

He, however, did not say when the ships would be delivered.

Netanyahu said the Sa’ar vessels will join the German-made Dolphin-class submarines already in the employ of the Israeli navy.

The Tel Aviv regime seeks to use the fleet to protect an array of off-shore gas extraction facilities in the Mediterranean Sea.

Germany, which is considered as Israel’s top navy supplier, has delivered the regime five Dolphin-class submarines in recent years.

In March 2012, Israel signed a contract for a sixth Dolphin-class submarine to be delivered in a few years.

Netanyahu also said that Israel wouldn’t tolerate any aggression from its neighbors, responding to Wednesday’s exchange of fire with Gaza, which left an IDF soldier seriously injured and a Hamas commander dead

Netanyahu blamed Hamas for the recent violence and said that the IDF worked to thwart terrorist groups from acquiring arms, particularly from Iran.

The Times of Israel – Press TV