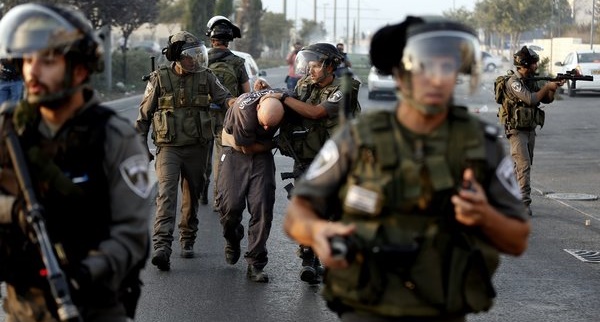 Four Palestinians, including a 13-year-old boy, were killed in recent clashes between Palestinian demonstrators and Israeli forces.

According to a recent report by the Red Crescent, two Palestinian teens, aged 13 and 18, were killed in Bethlehem and Tulkarem, while several Palestinians have been wounded over the past day.

The 13-year-old was reportedly shot in the chest during clashes at the Jewish shrine of Rachel’s Tomb.

Earlier, an 18-year-old killed in Tulkarm, named by Palestinian media as Hudhayfa Salman, was shot in the chest during clashes with Israeli soldiers at a checkpoint on Sunday night.

Dozens of Palestinians were injured with live ammunition and suffocated by inhaling teargas during recurrent clashes in multiple areas near Ramallah, according to medical sources.

There have been frequent conflicts between Palestinians and the Israeli military at Jerusalem’s al-Aqsa mosque compound.

Violence in East Jerusalem and the West Bank has intensified in recent weeks, raising concerns of a wider escalation, though it has not yet reached the level of past Israeli-Palestinian confrontations. Mourners carry the body of 13-year-old Palestinian boy Abdel-Rahman Abeidallah, who was shot by Israeli troops during clashes Monday, during his funeral in the occupied West Bank city of Bethlehem, Oct. 6, 2015. Mussa Qawasma/Reuters

According to the Palestinian Red Crescent (PRC), 37 Palestinians were injured in the ongoing clashes at Beit El and Qalandia checkpoints, including seven cases with live ammunition.

Prime Minister Benjamin Netanyahu has instructed his justice minister, Ayelet Shaked, to form a committee whose mandate will be to legally expedite the razing of homes belonging to Palestinians who perpetrate acts of violence against Israelis, according to the Jerusalem Post.

The decision was made at the conclusion of an emergency cabinet meeting whose aim was to discuss the government’s response to the escalating riots in Jerusalem and the Palestinian territories.

Israel demolished the homes of two Palestinians who committed attacks against Israelis on Tuesday morning, as violent clashes continued around Nablus. Home demolition is one of a series of steps the government resolved to take late Monday.

The current rash of violence began Thursday when Palestinian gunmen allegedly killed an Israeli couple near a settlement in the West Bank.

U.N. Secretary-General Ban Ki-moon is calling for Israel to investigate the death of four Palestinians, including a 13-year-old boy, in recent clashes between Palestinian demonstrators and Israeli forces.

Ban says Israel should conduct a “prompt and transparent investigation” into the killings, looking into whether Israel’s use of force was proportional. He says he is “profoundly alarmed” by the recent events.