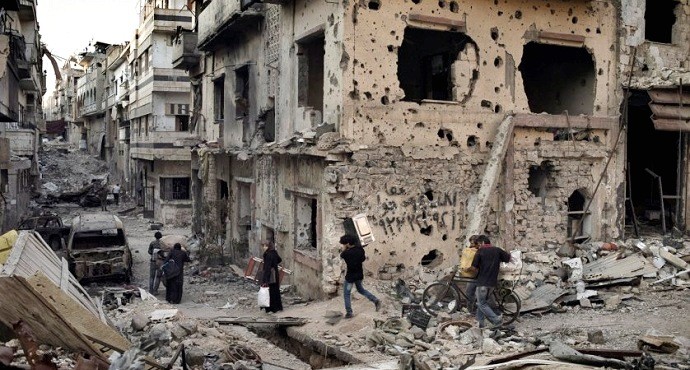 The 7-day truce has been repeatedly violated and did not succeed in opening roads for aid to enter besieged rebel-held areas.

To the misfortune of Syrians, the hard-worked limited ceasefire finally breaks down as Syria’s military declared the truce as null and void.

The seven-day ceasefire was declared end on 19 Sept 2016, with no immediate announcement of the extension of the truce that was brokered by Russia and the United States.

Both rebels and the government have accused each other of numerous violations of the ceasefire, the second this year.

Air raids were reported in Aleppo, even as officials from the United States and Russia met behind closed doors in Geneva to try to extend the truce.

But even before the official expiry of the deal at midnight local time Sunday (5 p.m. ET), both sides appeared to have breached this shaky moratorium, each accusing the other of being at fault.

The recent airstrike by the U.S.-led coalition that Russia said killed scores of Syrian soldiers on Saturday may have been the final nail in the coffin. Washington, however, said the attack was intended to target ISIS.

By Monday morning, rebel commanders were declaring the cease-fire dead and lamenting it as yet another failed attempt to end the war that has left an estimated 300,000 people dead over five years.

Syria’s military blamed rebel groups for undermining the cease-fire that aimed to bring the country’s bloody five-year civil war to an end.

State Department spokesman John Kirby noted the Syrian military’s comment but pointed out “our arrangement is with Russia, which is responsible for the Syrian regime’s compliance, so we expect Russia to clarify their position.”

He said the United States is prepared to extend the cease-fire, “while working to strengthen it and expand deliveries of assistance.”

Secretary of State John Kerry said the United States is consulting with Russia on the fate of the cease-fire, and more information will come later Monday. A leader of the Aleppo-based rebel group Fastaqim told the Reuters news agency of the U.S.-Russian deal: “practically it (the truce) has failed and has ended.”

Russian-U.S. cooperation now appears dead following Syrian government attacks on rebel-held neighborhoods during the week-long deal, the failure of aid convoys to reach besieged areas in the Syrian city of Aleppo and the apparently mistaken airstrikes on Saturday that killed at least 62 Syrian troops and wounded 100 more.

No Sign of Syria Cease-Fire or Humanitarian Aid in Aleppo

George Sabra of the High Negotiations Committee told The Associated Press on Monday that the truce has been repeatedly violated and did not succeed in opening roads for aid to enter besieged rebel-held areas.

“Warplanes are shelling Aleppo City. Shelling is like rain now,” said Aleppo-based activist Wissam Zarqa. He said rescue workers were struggling to find the injured “because of the darkness.” There’s “no electricity,” he said.

“There is no real cease-fire here, no demilitarization and little hope of humanitarian aid reaching hundreds of thousands of civilians marooned by this conflict” according to an NBC News report which commented that violence and bombing was an “audible evidence the truce had all but unraveled.”

Aleppo has become the focal point of Syria’s civil war, a grinding, 5-year struggle responsible for an estimated 470,000 deaths.

The city is split between government and rebel forces. As many as 275,000 people are caught in the middle, trapped without access to food, water, shelter and medicine.