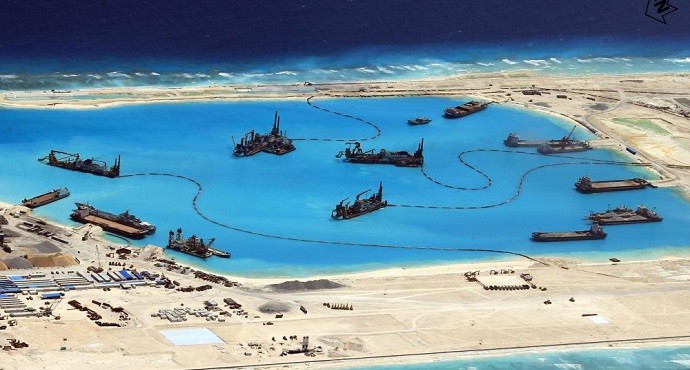 China has deployed its new anti-submarine aircraft on the fringes of the South China Sea, according to news reports.

Satellite imagery obtained by Defense News, a website dedicated to defense and the military news, showed China moving equipment to Hainan Island, which sits on the edge of the South China Sea.

Images taken on May 10 and 20 show four Shaanxi Y-8Q planes, capable of carrying torpedoes, on Hainan. The planes, which are similar to the U.S. military’s P-3C Orion, are also equipped with infrared cameras which can detect heat waves, drones, and submarine periscopes.

This is the first time that Y-8Qs have been sighted on Hainan, where the older Y-8J and Y-8X models have routinely deployed, Defense News reported.

This move comes immediately after Australia announced to fly its advanced intelligence-gathering planes over the southern Philippines to help the country’s military battle ISIS-affiliated insurgents.

Australian Defense Minister Marise Payne, in a statement released by the Australian embassy in Manila, said the two AP-3C Orion aircraft would provide surveillance support to the Armed Forces of the Philippines (AFP) in fighting terror.

“The regional threat from terrorism, in particular from Daesh and foreign fighters, is a direct threat to Australia and our interests. Australia will continue to work with our partners in South East Asia to counter it,” the senator said in a statement.

Australian Senator did not share where the Orions would fly from. But one possible location is Butterworth base in Malaysia, from which the RAAF flies patrols over the South China Sea.

The sea is one of the most important areas of ocean in the world. The US Energy Information Agency estimates that there are 11 billion barrels of oil, 109 trillion cubic feet of natural gas, and 10 percent of the world’s fisheries.

China has often been criticized for militarizing the region as it began to increase its anti-submarine capabilities in recent years.

Most countries base their claims off the United Nations Law of the Seas that says a country’s territory extends 200 miles off its shores. China, however, argues it has a historical claim to the South China Sea, dating back to naval expeditions in the 15th century.