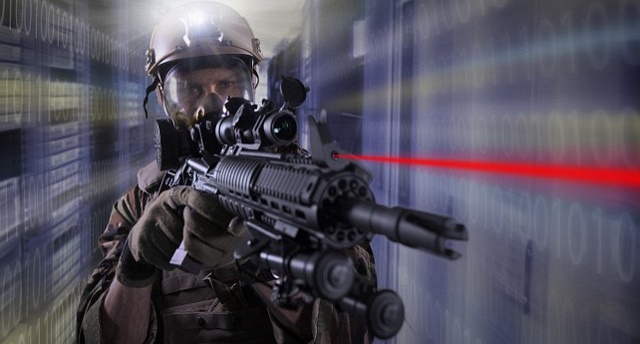 The US Department of Defense is in the process of developing a new nonlethal, but very high-tech, plasma weapon designed to disperse crowds and enemies with loud noises.

The idea here: Instead of riddling a target full of holes, soldiers could stun them with an explosive scream-like sound, sending them into a panic.

Laser-Induced Plasma Effect, or LIPE, is a weapon that would hit targets with a blue ball of plasma — the state of matter just a little more solid than gas — and create an extremely loud noise. The U.S. military hopes to begin testing in coming months.

LIPE is the brainchild of the Joint Non-Lethal Weapons Program, a group tasked with inventing better options for crowd control and checkpoint security. The noise comes from a unique manipulation of matter and energy to produce loud sounds at specific target locations, sort of like an incredibly precise missile of noise.

This is how DefenseOne describes the working of the weapon:

“Matter comes in four states: solid, liquid, gas, and what’s called plasma, the one least familiar to most people, though it’s actually the most common state of matter in the universe. You can think of it as gas plus. In the plasma state, high doses of energy have pulled electrons from their atomic nuclei, creating ions. A bunch of these hanging out is a state of matter that isn’t a liquid or solid and doesn’t behave exactly like a gas either, but rather has magnetic and electric properties and can take the form of light (think neon lights, or the Sun).

LIPE’s lasers fire extremely short bursts (around a nanosecond, or a billionth of a second) of directed high energy at a target. That target could be on a person, a windshield, or merely a single point in space. The energy, relatively harmless at the LIPE levels, separates electrons and nuclei at the target area to create a blue ball of plasma. Additional pulses of directed laser energy manipulate the ball to make a noise that seems to come from nowhere.”

There are still a few limitations. According to David Law, technology division chief at JNLWD, the weapons can’t fire very far, or for very long. “We’ve demonstrated it in the lab at very short ranges,” Law said, according to Defense One. “But we haven’t been able to demonstrate it at even 100 meters. That’s … the next step.