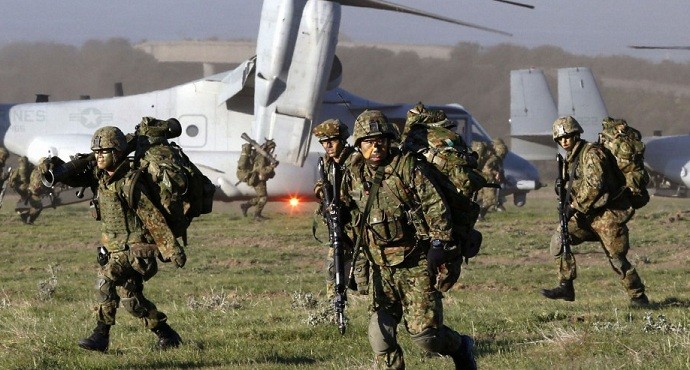 Defense spending will rise for the sixth year in a row, increasing by 1.3 percent to $45.76 billion (5.19 trillion yen, €38.65 billion). The biggest cost is 137 billion yen to reinforce defenses amid concerns over North Korea as well as China’s maritime assertiveness.

The budget boost is to reinforce defenses against a possible North Korean ballistic missile attack.

“It is essential that we have the latest, most capable equipment to bolster our defenses.”

The new spendings include a new longer-range interceptor, the SM-3 Block IIA, designed to strike ballistic missiles in space, upgrades for the Patriot missile batteries that are the last line of defense against incoming warheads, and the cost for introduction of the U.S.-developed land-based Aegis missile defense system.

The budget includes more than 2 billion yen ($18 million) for a 500-kilometer (310-mile) range Norwegian-developed cruise missile that can be fired from F-35 stealth fighter jets.

To invest into future technologies, the government set aside 4.6 billion yen to study high-speed glide bombs, a longer-range weapon which it says would be useful for operations to retake invaded remote islands, and 5.4 billion yen for research on anti-ship missiles also for the purpose of island defense.