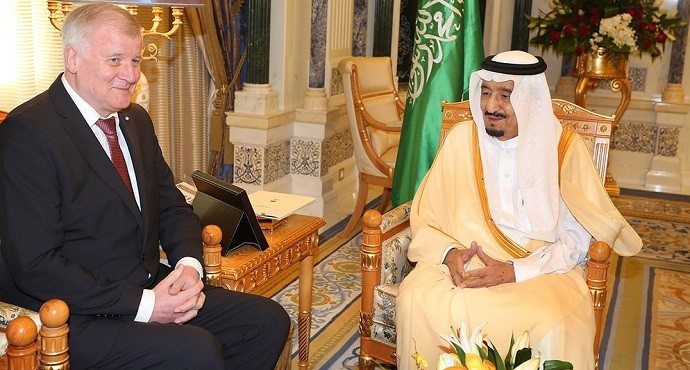 A high-ranking German official has supported plans by Berlin to export weapons to Riyadh, saying German arms are safer in the hands of the Saudis.

Horst Seehofer, the prime minister of the southern German state of Bavaria, said Sunday that it would be a right decision to help Riyadh through military means for it remain a stabilizing factor in the Middle East.

“I also think that through this (selling arms to Saudi Arabia) one can help the people in this region the most,” said Seehofer after a meeting with Saudi King Salman bin Abdulaziz Al Saud in the capital Riyadh.

The German politician said it would be in the interest of Germany as well as Europe that Saudi Arabia, a country he described as politically and economically stable, to remain “an anchor of stability in the region”. Seehofer, who represents the Christian Social Union in Bavaria in the German coalition government, said Berlin should go ahead with plans to support Saudi kingdom with German arms.

“It is for me an outstanding benefit of the realistic politics,” Deutsche Presse Agentur quoted him as saying.

Germany’s plan for selling arms to Saudi Arabia hit a snag in January after Chancellor Angela Merkel was forced to suspend the delivery of weapons under pressure from other members of the coalition government, namely the Social Democratic Party of Germany.

After the meeting with the Saudi king, Seehofer praised his promise to create a region in which “people could live together in peace and have a peaceful coexistence.”

He said, however, that he had discussed with Salman on issues such as human rights and religious freedom in the monarchy.