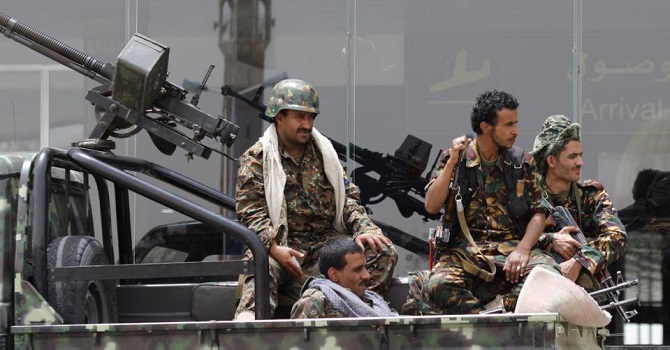 Two weeks of chaos in Yemen has killed at least 519 people, many civilians and children among them, the UN announced, as Houthi rebels continue their advance against exiled President Hadi’s loyalists who are supported by Saudi-led coalition airstrikes.

Another 1,700 people have been wounded over the past two weeks, UN Under-Secretary General for Humanitarian Affairs Valerie Amos, said in a statement Thursday. She voiced concern for civilians caught in the crossfire – especially after neighboring Saudi Arabia with allies launched an air-campaign last week in an effort to stop the advancement of Shiite Houthi rebels who deposed President Abedrabbo Mansour Hadi.

“Those engaged in fighting must ensure that hospitals, schools, camps for refugees and those internally displaced and civilian infrastructure, especially in populated areas, are not targeted or used for military purposes,” Amos said in a statement.

At least 90 children have fallen victim to the conflict so far, according to Amos, while some youths are being recruited as child soldiers. Tens of thousands flee their homes and crossing to Djibouti and Somalia. To aid civilians, UN is working with the Yemen Red Crescent.

Over 40 people were reported dead in clashes and airstrikes in the port city of Aden on Thursday. Though the allied Air Force target mostly military facilities, weapon depots and infrastructure, the strikes befell on civilians too.

The coalition says its week-old air campaign is showing some success, as the operation “has excellently achieved planned goals at all levels – air, ground, and sea,” its spokesman said, according to AFP. Coalition jets engaged at the entrance of the Red Sea, the Bab el-Mandeb strait, striking a military base, officials told Reuters. Overnight air strikes were also reported on the coastal town of Shaqra.

However, amid the chaos, al-Qaeda militants stormed the center of the coastal city of Al-Mukalla and captured the local prison, setting free about 300 inmates, many of whom are militants. A provincial al-Qaeda leader Khaled Batarfi is also believed to have escaped.

he Yemeni airspace has been declared a“restricted zone” by the coalition, while ships in the region have been urged not to approach Yemen’s ports due to the ongoing military operation.

A Chinese vessel still evacuated 225 people from Aden on Thursday with armed personnel ensuring their security. Russia too was quick enough to evacuate dozens of its nationals on board two flights from Yemen. The US also evacuated its personnel from the country where for years it has engaged in drone war against al-Qaeda elements.

While battle on the ground continues, Washington is helping its main ally in the oil-rich region to defend its border with Yemen by providing drone surveillance, a US military official told AP. The US is also reportedly taking an active role in the air operations center in Riyadh to coordinate strikes by the coalition air force. According to the source, US authorized aerial refueling for Saudi warplanes in their bombing campaign against the Houthis on a condition that refueling takes place outside of Yemeni airspace.