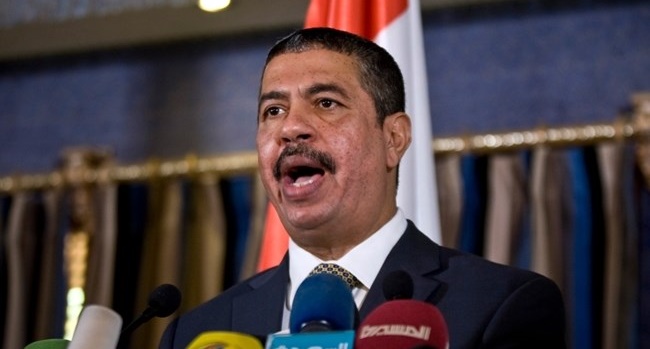 He returned to the country months after a Saudi-led airstrike campaign began against Shiite Houthi rebels there, authorities said.

Bahah became the highest ranking official to return to the southern city since the government announced its liberation in mid-July. The visit has been termed as symbolic gesture, signalling hopes for a new and confident Yemen.

“My visit to Aden should not come as a surprise. The city needs facilities to engage in politics.” He further stressed, his visit is “part of the liberation of Aden and part of the normalization of life in it.”

He flew to Saudi Arabia, where the Yemeni government had been based since President Abd-Rabbu Mansour Hadi fled a Houthi advance on Aden in March 2015. Since then, hundreds have been killed in violent clashes between pro-Hadi fighters, supported by air strikes from a Saudi-led Arab alliance, and the Houthis, who have struck an alliance with supporters of former President Ali Abdullah Saleh.

The spokesman of the Yemeni government in exile, Rageh Badie, said Bahah’s visit aimed at normalizing life in Aden. He said Bahah was briefed about the situation and the functioning of local government agencies, and added that the government is working to restore services.

Meanwhile, military and government-aligned militias have gained control of the strategic southern city of Zanjibar, security officials and eyewitnesses said.

Is Yemeni VP’s visit a first ray of hope toward building new Yemen?

Yemeni Vice President’s Aden visit is being termed as a first ray of hope by some experts. Andrew Bowen, a Senior Fellow and the Director of Middle East Studies at the Center for the National Interest, writes:

Bahah’s visit was an attempt by President Hadi to build public support and confidence in the government’s efforts to construct an alternative future for Yemen other than the one presented by the Houthis.

In his latest article published in Al Arabiya, Bowen maintained that the balance in the Yemen conflict has apparently tipped in the favor of the Coalition and the exiled Yemeni government after GCC-led airstrikes and pro-government fighters retook Aden in July.

However, Bowen cautioned that “Vice President Bahah’s visit is only the beginning and needs to be followed up with concrete steps to immediately provide services and humanitarian relief for Aden’s residents to win the trust and confidence of the Yemeni population after months of war.”