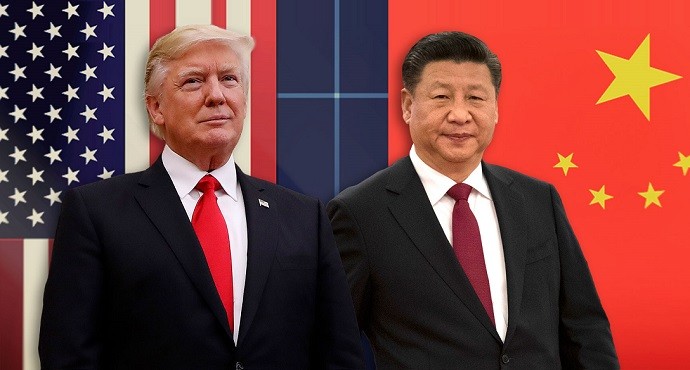 Trump and Chinese President Xi Jinping spoke by phone Sunday, and will meet later this week at the G-20 meeting in Hamburg.

“Xi Jinping stressed that since his meeting with President Trump, important results have been achieved in China-US relations,” Chinese state media CCTV reported. Meanwhile, bilateral relations have also been affected by some negative factors, for which the China side has expressed its position to the US side.”

The White House statement was more reticent, saying only that the two leaders discussed a range of issues of mutual interest including North Korea and trade relations.

US President Trump also spoke to Japanese Prime Minister Shinzo Abe by phone, with the two pledging deeper cooperation on North Korea, in the wake of growing frustrations over the rogue state.

In conversations with Xi and Abe Sunday, Trump agreed with both leaders that efforts needed to be made to avoid conflict on the Korean Peninsula.

“Both leaders reaffirmed their commitment to a denuclearized Korean Peninsula,” the White House said in a readout of the phone call.

President Trump will meet the leaders of Russia and China, two world powers that are challenging America’s preeminence, on his second major overseas trip.

He will first embark in Poland and then will continue his trip to Hamburg, Germany, for a meeting of the G-20, with face-to-face meetings scheduled on the sidelines with Russian President Vladimir Putin, Chinese President Xi Jinping, German Chancellor Angela Merkel, British Prime Minister Theresa May, Japanese Prime Minister Shinzo Abe, South President Moon-Jai-in and Mexican President Enrique Pena Nieto among others.