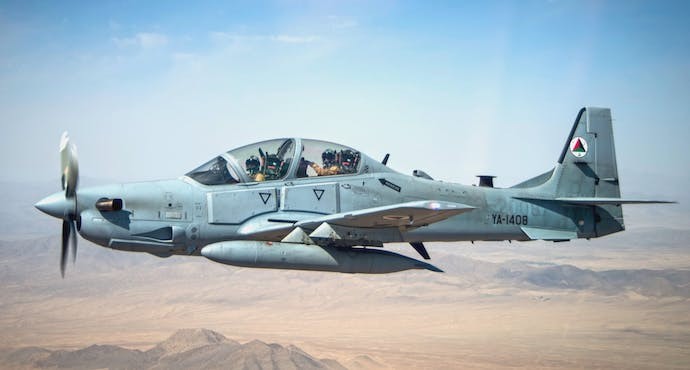 The pilot, who has not been identified, was on a training flight when the crash occurred, a spokesman for U.S. Forces-Afghanistan confirmed.

The incident occurred in the Doshi district of Afghanistan’s northeastern Baghlan Province around 11:30 AM local time on July 9. The crash was heard throughout Baghlan’s mountainous Doshi district.

The turboprop A-29 is the Afghan Air Force’s main light attack aircraft. A-29s have two seats, but can be flown by one pilot.

The Afghan Air Force’s fleet includes nearly 30 A-29 aircraft, 10 of which are based at Moody Air Force Base, Georgia, for pilot training.