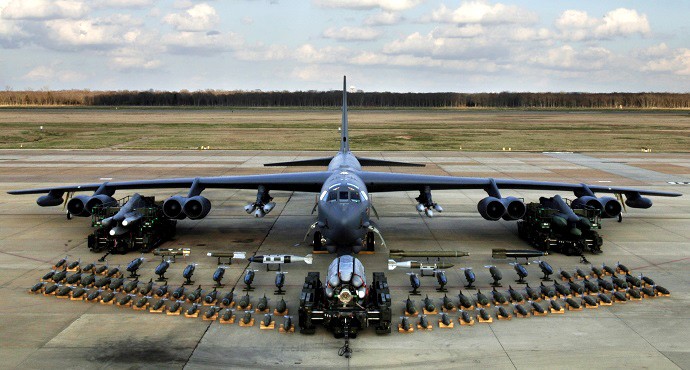 The Pentagon is planning to send nuclear bombers to Sweden for a military exercise next month amid growing tensions with Russia over the Ukraine crisis.

The warplanes, the B-52 Stratofortress, will participate in a naval exercise on June 13, Swedish general Karl Engelbrektson said.

They are set to fly from the United States nonstop and simulate a drop of anti-ship mines near Ravlunda on the Baltic Sea.

The US forces are planning to simulate the defense of the coast in case of an attack by amphibious forces.

Engelbrektson said the goal of the exercise “is to increase the different operative capabilities, but also to send clear security political signals that we do these things together with others.”

“How Russia interprets that, they can decide for themselves,” Engelbrektson added.

This is while the United States deployed more warplanes to other countries in Europe for military maneuvers.

At least four US Air Force A-10 Thunderbolt II arrived at Ämari Air Base in Estonia on April 30.

The aircraft are set to stay in the European country for six months in order to reassure regional allies for Operation Atlantic Resolve.

The United States army began its military drills, called Operation Atlantic Resolve, more than one year ago following the conflict in Ukraine.

Relations between Washington and Moscow have deteriorated over Ukraine.

The United States accuses Russia of sending troops into eastern Ukraine in support of the pro-Russian forces, an allegation denied by the Kremlin.