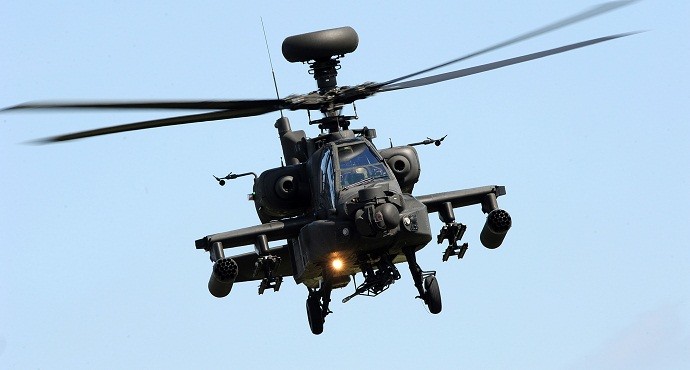 US will deploy additional 217 troops and several Apache helicopters to Iraq as part of operations against ISIS, to assist Iraqi forces in their fight to retake the northern city of Mosul from the Islamic State group, Defense Secretary Ash Carter announced Monday in Baghdad.

The additional troops will bring the US solider level in Iraq to 4,087. Apache attack helicopters will be deployed for the first time against IS in Iraq.

The package of new measures also includes a decision to use U.S. Apache helicopter gunships and HIMARS rocket artillery for an upcoming offensive to reclaim Mosul, the important northern city that was captured by militants almost two years ago.

US Defence Secretary Ash Carter made the announcement during an unannounced visit to Baghdad, where he met with US military officials and Iraqi Prime Minister Haider al-Abadi.

Carter traveled to Iraq Monday to talk with his commanders and Iraqi leaders about ways the U.S. can ramp up the fight against IS militants in Iraq and Syria.

“The Iraqis are not shy about asking for what they need,” a senior defense official said. “Our generals, our colonels, they are sitting next to the Iraqis.”

Carter on Monday also announced the United States will increase funding for Kurdish Peshmerga forces, which are fighting ISIS on the ground, more than $400m (£280m; €350m) in assistance.

Last year, Iraqi officials declined a U.S. offer for Apache helicopters in the battle to retake Ramadi from ISIS, but the U.S official noted that the fight for Mosul will be even more difficult. The city fell to ISIS militants in the summer of 2014.

“Everyone knows the fight of Iraq is the fight for Mosul,” a senior U.S. defense official said. “Mosul is the end game in Iraq.”

Maintenance personnel for the Apaches will also be included in the troop injection. The Apaches will be available for use in the push to regain Mosul, AP reported.

A senior defense official said a total of eight Apache attack helicopters will be sent to aid in the battle. U.S. troops are needed to fly and maintain them.

The Apaches will be available for use in the push to regain Mosul.

US Secretary of Defense Ashton Carter indicated on April 16 that the US military will boost its operations against Islamic State.

Iraqi forces began an offensive to retake the IS stronghold on March 24.