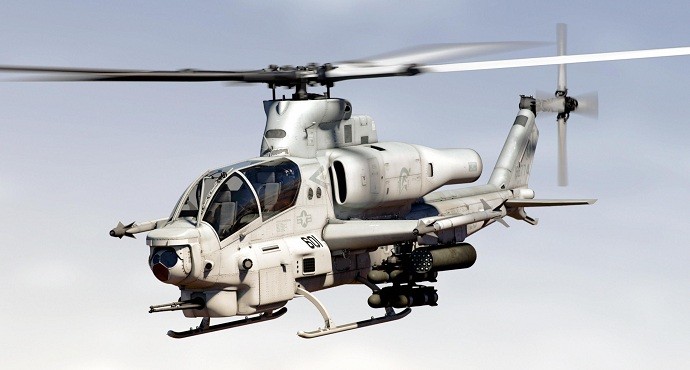 United States Navy has awarded a $170 million contract for the manufacture and delivery of nine AH-1Z aircraft and nine auxiliary fuel kits for Pakistan, the US Department of Defence said in a statement on Monday.

“Bell Helicopter Textron Inc., Fort Worth, Texas, is being awarded $170.1 million… contract for the manufacture and delivery of nine AH-1Z aircraft… for the government of Pakistan,” the announcement stated.

The choppers would be manufactured by Bell Helicopter Textron Inc in Texas, and are expected to be handed over to Pakistan after September 2018.

“Foreign military sales funds in the amount of $170,173,188 will be obligated at time of award,” said the statement.

The Bell AH-1Z Viper is a twin-engine attack helicopter and a modern version of the first ever attack helicopter, AH-1 Cobra. It was developed for the United States Marine Corps (USMC). The AH-1Z features a four-blade, bearingless, composite main rotor system, uprated transmission, and a new target sighting system.

The Pakistan Army has been operating Bell AH-1F/S Cobra provided by the US since 1980s.

Pakistan army is battling an insurgency in the country’s tribal region near Afghan border. Backed by the Pakistan Air Force, the ground troops have inflicted heavy losses on foreign and local terrorists since the launch of military operation Zarb-e-Azb since June 2015.

In April 2015, the US Department of State approved the possible sale to Pakistan for 15 AH-1Z Vipers with Hellfire missiles and support worth up to $952 million.

The agency said the F-16s would allow Pakistan’s Air Force to operate in all-weather environments and at night, while improving its self-defense capability and bolstering its ability to conduct counter-insurgency and counter-terrorism operations.

Bell is also interested in selling the AH-1Z to Poland and the Czech Republic to replace their old Soviet-built Mi-24 helicopters.