Home / News / US / US to develop game-changer Hypersonic aircraft 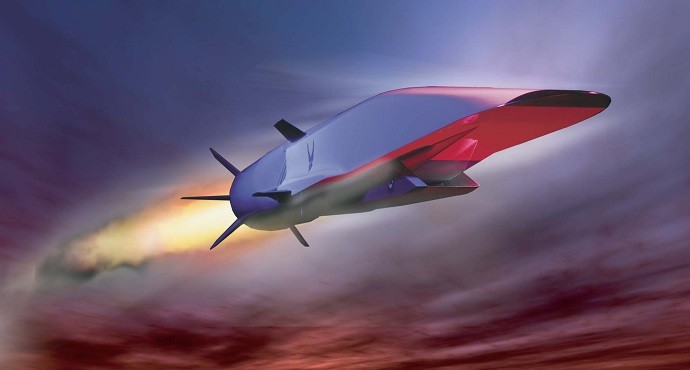 The U.S. Air Force aims to develop an unmanned flying weapon by 2023 that would travel at least five times the speed of sound and might transform the nature of warfare.

The Pentagon has been experimenting with unmanned hypersonic aircraft for years, launching them from bombers over the Pacific with limited success.

For a vehicle to be considered hypersonic, it must travel at least at Mach 5 — five times the speed of sound, or about 3,800 mph. That’s fast enough to travel across the U.S. in around 30 minutes.

China and Russia are also known to be actively building and testing hypersonic vehicles, Endsley said.

Such weapons could be launched from long distances and travel so fast they’d be virtually undetectable before reaching their targets.

Endsley said engineers have a few hurdles to overcome. Hypersonic weapons would require the development of new guidance systems and materials.

The weapons would be outfitted with “air breather” booster missiles, currently in development, that reach speeds of Mach 1 or 2 and are more efficient in their delivery than standard missiles.

After a series of failed tests, the U.S. military conducted a fourth and final test flight of the hypersonic aircraft called the X-51A Waverider in May 2013.

The tests were a part of a $300-million military project that was conceived in 2004. The first test took place in 2009. In the 2013 test, the Waverider reached Mach 5 before crashing into the ocean, as intended.

The US Air Force and the Defense Advanced Research Projects Agency (DARPA) are working together with the mission of making such an aircraft.

Air Force Chief Scientist Mica Endsley told Military.com on Monday, “X-51 was really a proof of concept test. It showed that you could get a scram jet engine, launch it off an aircraft and it could go hypersonic”.

“It was able to go more than Mach 5 until it ran out of fuel. It was a very successful test of an airborne hypersonic weapons system,” she added.

“What they are trying to do now is build the whole system so that it is not just about the engine. You have to have materials that can operate at the kind of temperatures you have when you are going at hypersonic speeds.” Endsley said.

“You have to have guidance systems that will function when you are going at those types of speeds. There are a bunch of technological challenges that have to be addressed to make a functioning system that will work,” she said.