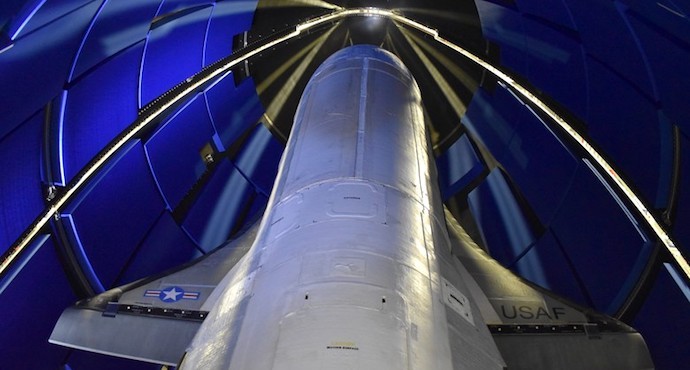 The U.S. Space Force announced the launch of the sixth mission of the X-37B space plane on May 16 from Cape Canaveral Air Force Station, Florida.

The X-37B Orbital Test Vehicle (OTV-6), developed by Boeing for the U.S. Air Force, enables the U.S. to efficiently and effectively develop space capabilities in order to maintain superiority in the space domain.

“This sixth mission is a big step for the X-37B program,” said Randy Walden, Director and Program Executive Officer for the Department of the Air Force Rapid Capabilities Office.

This will be the first X-37B mission to use a service module to host experiments. “The incorporation of a service module on this mission enables us to continue to expand the capabilities of the spacecraft and host more experiments than any of the previous missions.”

“The X-37B continues to break barriers in advancing reusable space vehicle technologies and is a significant investment in advancing future space capabilities” he added.

Just announced by @SecAFOfficial: The #X37B spaceplane is ready for launch on Atlas V. Stay tuned May 16 for the @USAirForce autonomous mission that improves and advances space tech. #USSF7 pic.twitter.com/JiN39OOM4V

“Demonstrating the department’s innovation, this X-37B mission will host more experiments than any prior missions. This launch also demonstrates the department’s collaboration that pushes the boundaries for reusable space systems” said Secretary of the Air Force Barbara Barrett.

The two-fold objectives of the X-37B OTV are: reusable spacecraft technologies for America’s future in space and operating experiments which can be returned to, and examined, on Earth.

The National Interest reported earlier that the space plane could move remarkably fast, allowing it to rapidly shift orbit — a space maneuver that could allow it to “disappear” from imaging tech and bewilder adversaries. The space plane can pull off maneuvers in space that drives potential adversaries “nuts” former Secretary of the Air Force Heather Wilson earlier said.

Two different X-37B vehicles have flown a total of five missions, which are known as OTV-1, OTV-2, OTV-3 and OTV-4 (short for Orbital Test Vehicle).