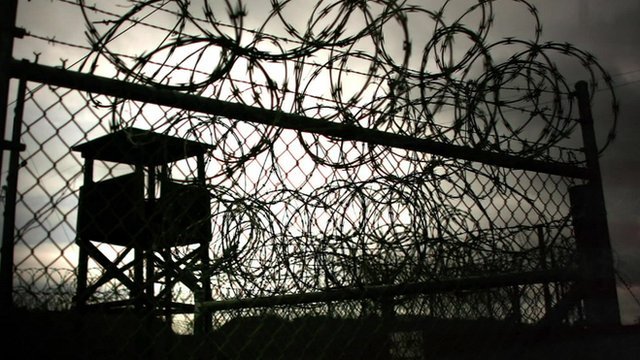 By Luis Martinez and Gillian Mohney via WORLD NEWS

The United States will send four prisoners from its Guantanamo Bay detention facility back to Afghanistan, the Department of Defense said today.

The four – Shawali Khan, Khi Ali Gul, Abdul Ghani, and Mohammed Zahir – will be released as President Barack Obama works to reduce the number of inmates and eventually close the facility.

The DOD said they were “grateful” to the Afghanistan government for its role in helping the U.S. close the facility. In 2009, President Obama created an interagency task force to review detainee cases in Guantanamo.

Earlier this month, six detainees from Syria, Palestine, and Tunisia were released to Uruguay.

The release of the four Afghan prisoners leaves 132 detainees at Guantanamo Bay, the DOD said in its statement.

Saturday’s transfer is the second this year involving Afghan detainees who had been held in Guantanamo.

In May, five senior Taliban detainees were transferred from Guantanamo to Qatar as part of the controversial swap to gain the release of Sergeant Bowe Bergdahl, who had been held by the Taliban for five years.

The transfer of the five Taliban leaders and another Algerian detainee released in March had been the only detainee transfers in 2014, but beginning in early November, the Defense Department has announced the transfer of 17 detainees, including the four transferred Saturday.

The other 13 detainees were transferred to Kuwait, Saudi Arabia, Georgia, Slovakia, and Uruguay.

The transfer of six detainees to Uruguay had been held up for months pending Uruguay’s presidential election since the two main candidates differed on whether to accept the detainees. That became a foregone conclusion when Tabare Vasquez, who supported the transfer, was elected president in late November.

Additional detainee transfers are expected in coming weeks based on public commitments the U.S. has gained from other countries.

“This article was originally published in ABC News website: http://abcnews.go.com/International/us-releasing-afghan-prisoners-guantanamo-bay/story?id=27735380″