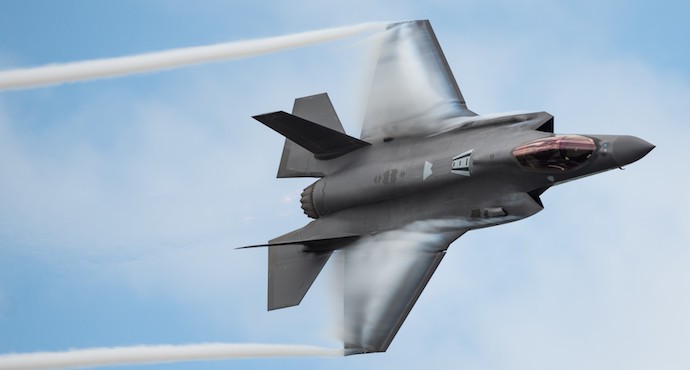 US removes Turkey from F-35 program after S-400 debacle, Turkey rebukes US decision

The Pentagon later confirmed that a process is already underway to move the production of Turkey-made F-35 parts – worth at least $9 billion to Turkish manufacturers – to suppliers in the United States and other countries.

Ankara called on Washington to correct its decision, which it said will irreparably damage relations between the two countries.

The unilateral move by the U.S. “neither complies with the spirit of alliance nor is it based on legitimate grounds,” Turkish foreign ministry said in a statement.

“It is unfair to remove Turkey, one of the main partners in the F-35 program,” it said, adding claims that the S-400 system will jeopardize sensitive information about F-35 technologies are not valid.

“Being irresponsive to our proposal to form a working group which will also include NATO on this basis is a clear indication that the U.S. is biased and lacks the will to resolve the matter in good faith,” the ministry said.

“If our Turkish colleagues express an interest, we are ready to discuss the deliveries of Su-35,” the Rostec press service quotes Chemezov as saying.

The Su-35 is a fourth-generation supersonic fighter jet and is a derivative of the Su-27 plane. The single-seat, twin-engine, super-maneuverable aircraft was actively used in Moscow’s military campaign in Syria.

“We used the bases, infrastructure and Turkey played a key part in that fight,” he said, adding Turkish troops are contributing to different missions and operations, citing Kosovo and Afghanistan.