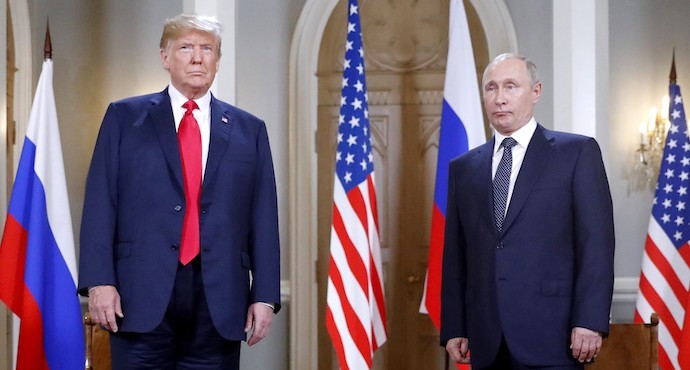 The United States formally withdrew from the Intermediate-Range Nuclear Forces Treaty (INF) with Russia on Friday.

The US withdrawal from the landmark arms control pact that has limited the development of ground-based missiles with a range of 500 to 5,500 kilometers, is sparking fears of a new arms race.

“Russia is solely responsible for the treaty’s demise,” Secretary of State Mike Pompeo said in a statement Friday announcing the US’ formal withdrawal from the Cold-War era nuclear treaty. Pompeo said, “Russia failed to return to full and verified compliance through the destruction of its noncompliant missile system.”

Responding to the concerns about a nuclear arms race following the INF treaty’s demise, US President Donald Trump has said he wants a new nuclear pact to be signed by both Russia and China.

Reaction of the international community

The US and NATO allies placed the blame on Moscow, stating that they failed to destroy a noncompliant missile system.

NATO Secretary General Jens Stoltenberg termed the day of withdrawal “a bad day” for those who believe in a stable world. “The fact that we don’t have the INF Treaty anymore, the fact that the Russians over the years have deployed new missiles, which can reach European cities within minutes, which are hard to detect, are mobile and are nuclear capable, and therefore reduce the threshold of any potential use of nuclear weapons in an armed conflict — of course that’s a bad day for all of us who believe in arms control and stability in Europe,” Stoltenberg said.

German Foreign Minister Heiko Maas said on Thursday that “Europe is losing part of its security” but sought to alleviate fears on Friday, telling German radio that the end of the treaty did not imply a renewed global armament race and that Europe would not take part in such a process. He also called on China and India to be included in a new international treaty.

Moscow blames the US for the treaty’s collapse

Russia’s foreign ministry is quoted by the Sputnik news outlet as saying: “On 2 August 2019 the Treaty between the Union of Soviet Socialist Republics and the United States of America on the elimination of medium- and short-range missiles, signed in Washington on 8 December 1987, was terminated at the initiative of the American side.” and we will take the necessary measures to retain credible defense,” he added.

Moscow and Washington signed the Intermediate-Range Nuclear Forces (INF) Treaty in 1987 but have in recent years accused each other of violating its terms. The agreement prohibited both countries from owning missiles with ranges between 500 and 5,500 kilometres.

The treaty was signed by then US president Ronald Reagan and his Russian counterpart Mikhail Gorbachev at the White House in 1987.