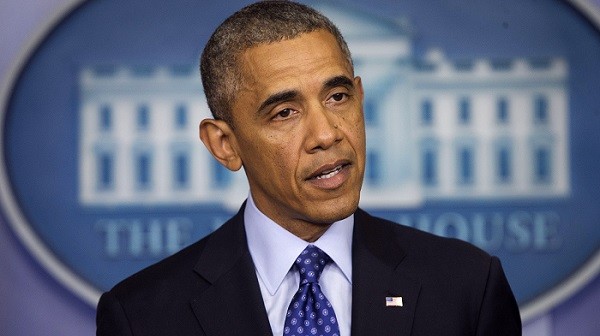 US President Barack Obama unveiled new cyber-security measures on Tuesday amid warnings from privacy campaigners about unnecessarily “broad legal immunity” that could put personal information at risk in the wake of attacks like the Sony Pictures hack.

The proposal is aimed at strengthening cyber-security within the US by encouraging sharing between sectors and installing new penalties after a series of high-profile attacks targeted government and private sector networks.

President Obama calls for new legislation to be adopted by Congress in order to enhance the sharing of electronic threat information between the private sector and the government, while also revamping the Computer Fraud and Abuse Act, or CFAA – the 1984 federal law that outlines when and what hacking charges can be brought against suspected cyber criminals.

Just one day after the Pentagon’s own Twitter account was compromised and Obama pushed a 30-day window for consumer security breaches, his administration was hoping the proposed legislation would toughen the response of the private sector by allowing companies to share information with government agencies including the NSA, with which the White House admitted there were “overlapping issues”.

“I’ve got a State of the Union next week,” Obama said after a Tuesday meeting with Republican leaders at the White House. “One of the things we’re going to be talking about is cybersecurity. With the Sony attack that took place, with the Twitter account that was hacked by Islamist jihadist sympathizers yesterday, it just goes to show much more work we need to do both public and private sector to strengthen our cybersecurity.”