Home / News / US / US Navy’s newest ship breaks down, towed to Virginia base 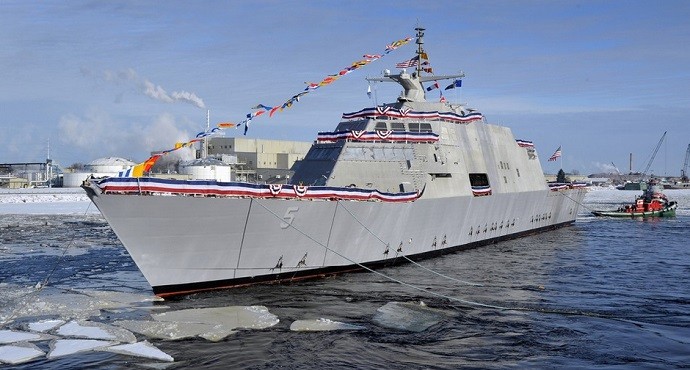 VIRGINIA (United States) — The U.S. Navy’s newest ship has been towed to a base in Virginia after breaking down at sea.

According to the Navy Times reports, the littoral combat ship, the USS Milwaukee, had to be towed more than 40 nautical miles to Joint Expeditionary Base Little Creek after suffering an engineering casualty on Friday.

The ship was on its way to Mayport, Florida from Halifax, Canada and ultimately its home port of San Diego when it suffered an engineering casualty.

The cause is being evaluated by ship’s crew and technical consultants.Officials say it appears that metal debris collected in the lube oil filter caused the system to shut down.

The USS Milwaukee was built in Marinette, Wisconsin and was commissioned in November in Milwaukee. It’s now making the trek to its home base in San Diego.

Officials say they will swap crews in Virginia while the ship’s system is being repaired.

When the news of the breakdown reached Capitol Hill, Sen. John McCain, chairman of the Senate Armed Services Committee, told Navy Times that the plant issues were troubling and called for accountability.

“Reporting of a complete loss of propulsion on USS Milwaukee (LCS 5) is deeply alarming, particularly given this ship was commissioned just 20 days ago,” McCain said. “U.S. Navy ships are built with redundant systems to enable continued operation in the event of an engineering casualty, which makes this incident very concerning.

“I expect the Navy to conduct a thorough investigation into the root causes of this failure, hold individuals accountable as appropriate, and keep the Senate Armed Services Committee informed.”

At the time of its commissioning critics said the $437 million ship still hadn’t met expectations.

USS Milwaukee (LCS-5) is a Freedom-class littoral combat ship of the United States Navy which is named after the city of Milwaukee, the largest city in Wisconsin.