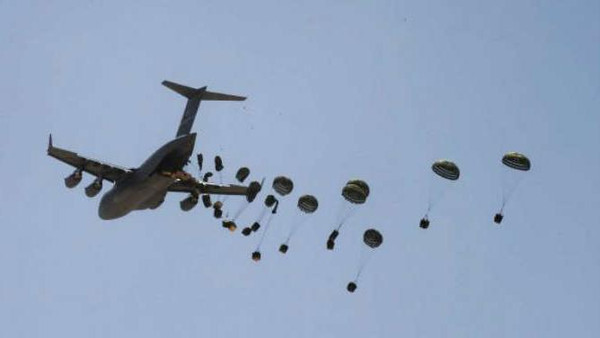 Volunteer forces fighting against the ISIS Takfiri terrorists say US military aircrafts have dropped weapons in areas held by the terrorist group in Iraq.

American helicopters dropped boxes of weapons in Yathrib and Balad districts in Iraq’s Salahuddin Province, according to the fighters.

The report comes as the Iraqi army and volunteer fighters appear to be gaining the upper hand and making significant gains against ISIL.

In October, a video showed the terrorist group captured a bundle of US weapons airdropped in the Syrian border town of Kobani.

The US military admitted that it had dropped 28 bundles filled with grenades, mortar rounds and other supplies that were intended for Kurdish fighters.

The video showed masked terrorists inspecting the military equipment, which was airdropped in areas controlled by ISIL near Kobani.

The US Central Command said that the airdrops, including weapons and ammunition, and medical supplies, were “intended to enable continued resistance against ISIL’s attempts to overtake Kobani.”