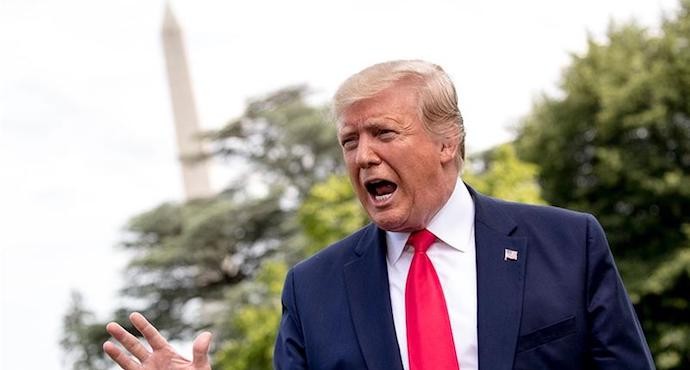 US President Donald Trump had reportedly approved targeted strikes on Iran and then backed out in retaliation for downing an American surveillance drone, several US media outlets reported.

White House officials told The New York Times that Trump had initially approved attacks on a “handful of Iranian targets” – including radar and missile batteries. The operation was called off “in its early stages”, a senior administration official said. “Planes were in the air and ships were in position, but no missiles had been fired when word came to stand down”, the official told NYT.

The Pentagon-recommended military operation was believed to be a response to the downing of a high-altitude US surveillance drone by Iran over the Strait of Hormuz.

It was not clear whether Trump changed his mind on or if the US administration revised the action.

Iran said on Friday that the US drone it shot down, worth about $130 million, had violated Iranian airspace. “Even some parts of the drone’s wreckage have been retrieved from Iran’s territorial waters,” said Deputy Foreign Minister Abbas Aragchi. Iran has also lodged a formal complaint at the UN Security Council.

Tensions between the US and Iran reached new heights last week after two tankers were targetted in the Gulf of Oman. US accused Iran of involvement in the attack, an allegation that Iran denied.

The Federal Aviation Administration has issued an emergency order prohibiting all U.S. aircraft operators from entering airspace above parts of the Persian Gulf and Gulf of Oman, the region where a U.S. Navy drone was shot down by Iran. Later, Lufthansa, British Airways, KLM, Malaysia Airlines, Qantas Airways, and Singapore Airlines also announced to avoid the area.