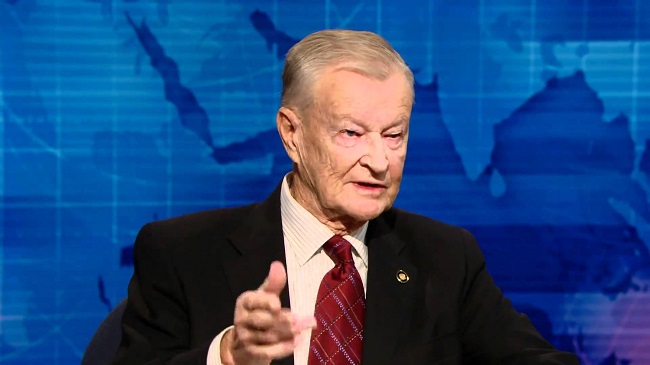 US foreign policy pundit Zbigniew Brzezinski says Russian President Vladimir Putin is playing with fire in Europe, adding that the United States and its allies should deploy troops to the Baltic states of Lithuania, Latvia and Estonia to stop Russia from capturing them.

Brzezinski, who served as national security adviser to President Jimmy Carter, told the Senate Armed Services Committee on Wednesday that Putin might attempt to take over Baltic countries in a sudden attack.

The three northern European countries are called the Baltic states because they are located east of the Baltic Sea.

Brzezinski, known for his animosity towards Russia and its leaders, said a nightmare scenario could be that “one day — and I literally mean one day — he [Putin] just seizes Riga and Tallinn,” referring to the capitals of Latvia and Estonia.

“And then we’ll say how horrible, how shocking, how outrageous. But, of course, we can’t do anything about it,” said the Polish American geostrategist, the author of The Grand Chessboard.

He said that by not providing that assistance to Ukraine “simply increases Russia’s intentions to escalate tensions. In Europe, Putin is playing with fire, financing and arming a local rebellion.”

“We need to do something to make Putin question before he escalates,” he said.

Brzezinski went on to say that “I do recommend pre-positioning of some forces,” in the Baltic countries.

The US accuses Russia of arming troops fighting alongside pro-Russian forces in eastern Ukraine. Moscow denies any involvement in the fighting.

Amid escalating US-Russia tensions over Ukraine during the past months, the Pentagon in April 2014 sent hundreds of troops to the ex-Soviet Baltic states and Poland.

US President Barack Obama also travelled to Estonia in September to meet with the leaders of Baltic states.

European NATO allies have sent hundreds of troops for exercises to the Baltic region in recent months. The alliance has also boosted its air force presence in the region.