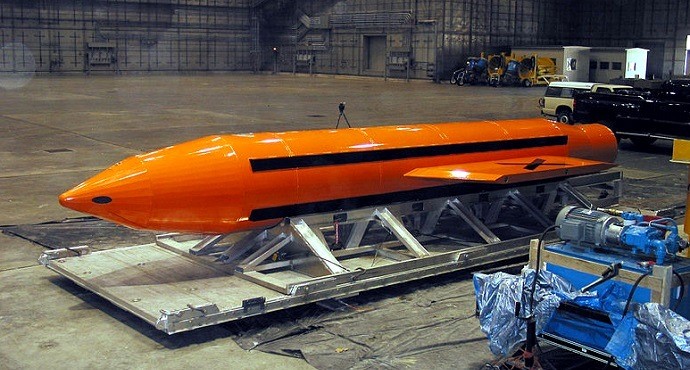 US drops ‘mother of all bombs’ in Afghanistan, largest non-nuclear weapon

The US has dropped the ‘largest ever non-nuclear bomb’ against a series of ISIS cave complexes in eastern Afghanistan, a spokesman for the Department of Defense has confirmed.

The Pentagon confirmed the strike was carried out using a 21,000lb weapon to target extremists in the Achin district of Nangarhar province in Afghanist.

The bomb was dropped by an MC-130 aircraft, operated by Air Force Special Operations Command, according to the military sources.

This is the first time MOAB has been used in the battlefield.

A MOAB is a 21,600-pound, GPS-guided munition that is America’s most powerful non-nuclear bomb. It was first developed during the 2003 Iraq War and is intended to target large below-surface areas.