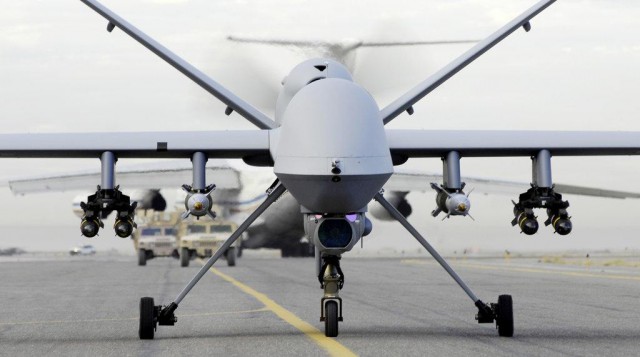 A US-led assassination drone strike has killed at least 6 people in Afghanistan’s eastern province of Nangarhar.

Three other people also sustained injuries in the latest drone attack in the province, Hazrat Hossein Mashraqiwal, the police spokesman for Nangarhar, said on Thursday.

The spokesman further said that the drone strike took place in the provincial Lal Pur district on Wednesday.

The US carries out targeted killings through drone strikes in Yemen, Pakistan, Afghanistan, and Somalia.

Washington claims the targets of the drone attacks are al-Qaeda militants, but local officials and witnesses maintain that civilians have been the main victims of the attacks over the past few years.

The US and its allies invaded Afghanistan in 2001 as part of Washington’s war on terror. The offensive removed the Taliban from power, but insecurity continues across the war-torn country, despite the presence of thousands of US-led troops.