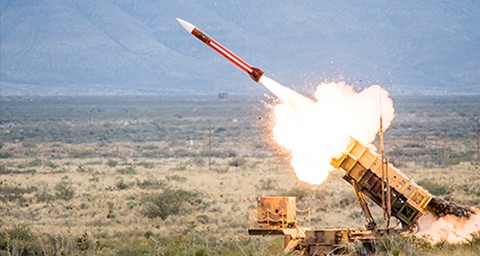 The US State Department has approved $2.4 billion worth of weapons sales to Bahrain for its F-16V aircraft fleet and Patriot missile systems.

The sales will support the foreign policy and national security of the United States “by improving the security of a Major Non-NATO ally which is a force for political stability and economic progress in the Middle East,” according to the agency.

The US considers Bahrain a security partner in the region as it depends on allies in the region, including Saudi Arabia, to counter Iranian influence. In April, the US okayed part of a THAAD missile defense system sale to the kingdom.

With this deal, Bahrain would be joining the ranks of 16 countries, including the United States, that use the system. Other countries in the region using the system include Saudi Arabia, Kuwait, United Arab Emirates and Qatar.

Bahrain will use Patriot to improve its missile defense capability, defend its territorial integrity and deter regional threats. Missiles. Drones. Enemy aircraft. Patriot can see and stop them all. Courtesy: Raytheon