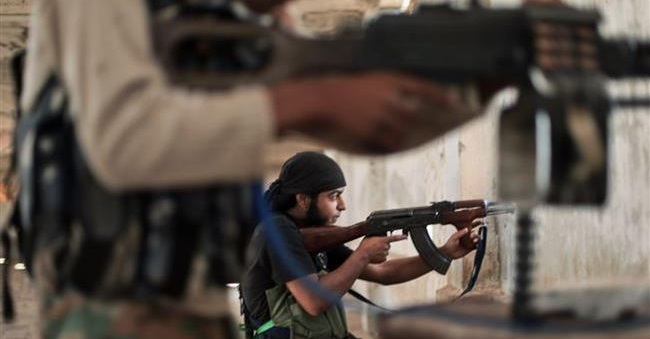 The United States and Turkey are set to begin a program to train and equip thousands of the so-called moderate Syrian rebels in a bid to continue the fight against the Syrian government, a Turkish official says.

“I can say that the train-and-equip (program) will begin as of March 1,” Turkey’s Foreign Ministry spokesman Tanju Bilgiç said on Friday.

Ankara and Washington signed the deal to train and arm the militants following months-long talks on February 19.

The two sides claim that the so-called moderate rebels will fight both the government of Syrian President Bashar al-Assad and ISIS terrorists, who control parts of Syria and neighboring Iraq.

The program is aimed at training over 5,000 militants in the first year with their total number reaching 15,000 in three years.

Washington had earlier announced that it would send at least 400 troops to train the militants outside of Syria.

Turkey was one of the three countries that publicly expressed its readiness to open its territory for the training of the militants.

“Saudi Arabia and Qatar have also announced that they will be hosting a train-and-equip program,” Turkey’s Foreign Minister Mevlüt Çavuşoğlu said on February 20.

Turkey has time and again been accused of supporting the so-called Free Syrian Army (FSA) and the ISIS terrorist group in Syria.

Ankara has also come under fire for not doing enough to halt the advance of the ISIS as well as for its perceived reluctance to crack down on militants using its territory to travel into Syria.

Syria has been gripped by deadly unrest since March 2011. The US and its regional allies — especially Qatar, Saudi Arabia, and Turkey — are supporting the militants operating inside the Arab country.