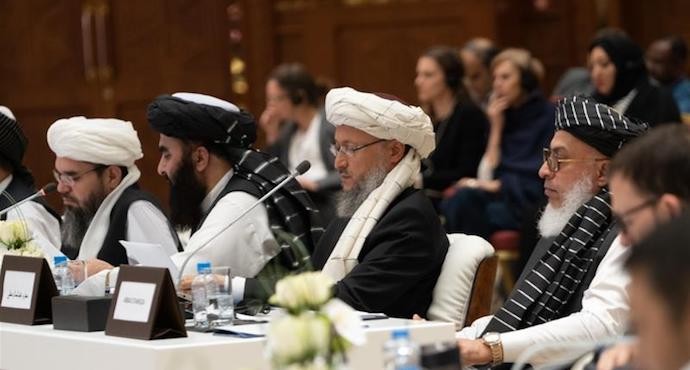 United States plans to withdraw more than 5,000 American troops from Afghanistan as US edges closer to peace deal with Taliban

The United States and Taliban are “close” to finalizing a peace agreement during the ninth round of negotiations in the Qatari capital aimed at ending the 18-year Afghanistan war.

The United States plans to withdraw more than 5,000 American troops from Afghanistan and will determine further drawdowns in the longest war in American history.

President Donald Trump said the U.S. was “getting close” to making a deal, but that the outcome of the U.S.-Taliban talks remained uncertain. Trump did not offer a timeline for withdrawing troops.

Suhail Shaheen, Taliban’s political spokesman, told Al Jazeera Wednesday that the two sides were close on finalizing the deal that would see U.S. and foreign forces withdrawal in exchange for the Taliban’s commitment to not use the nation to launch terrorist attacks at the United States.

“We’re going down to 8,600 (troops) and then we’ll make a determination from there,” Trump said, adding that the U.S. is going to have a “high intelligence” presence in Afghanistan going forward. The Pentagon has been developing plans to withdraw as many as half of the 14,000 U.S. troops still there, but the Taliban want all U.S. and NATO forces withdrawn.

According to State Department spokesman, U.S. envoy Zalmay Khalilzad and his team continued to make progress Thursday in Doha, Qatar, toward an agreement with the Taliban. However, the U.S. officials believe intra-Afghan negotiations between Taliban and Afghan officials will be critical to the peace process.

However, the top U.S. military officer Gen. Joseph Dunford said it was too early to talk about a complete American troop withdrawal from Afghanistan. Gen. Joseph Dunford, chairman of the Joint Chiefs of Staff, told Pentagon reporters that the focus of any deal with the Taliban is to prevent Afghanistan from becoming a “sanctuary” for terrorism that can threaten the United States.