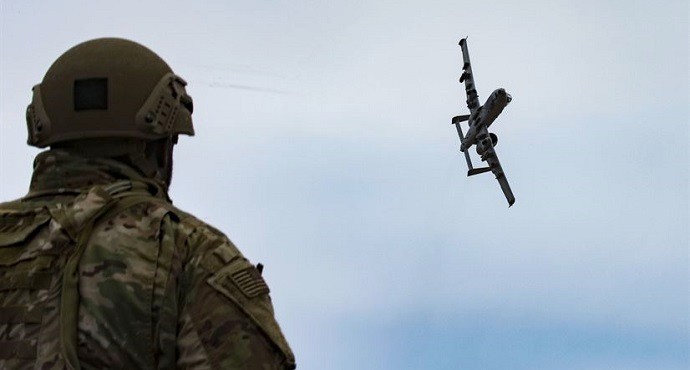 The U.S. and German air forces have concluded a close air support exercise at Camp Grayling, Michigan, to strengthen their forces fight against terrorism, US Department of Defense (DoD) said in a statement.

“NATO is fighting together as a coalition,” said German Air Force Maj. Nader Samadi, the AGOS commander. “We do everything together, whether it’s U.S. or other NATO partners, the standards are the same. We try to work the same ways so we’re interoperable, and that’s the best thing.”

This training is relevant because nearly every operation the U.S. engages in, such as Operation Inherent Resolve, is a joint effort.

“With everything happening in the Middle East and across the globe, like [the Islamic State of Iraq and Syria] trying to fight their way into the European area, it provides a legitimate reason as to why we should all get together and become as strong as we can through joint training,” said Air Force Master Sgt. Thomas Jenn.

“Nobody really knows what the JTAC is doing but everybody wants to have them,” Samadi said. “It’s really important because we don’t want civilian casualties. So NATO forces send us JTACs on-site to find out the best way to conduct … surgical strikes where we have civilian collateral damage concerns. It’s really important that somebody is there to liaise between the boots on the ground and the air guys.

With bigger weapons come greater stakes. While the JTACs are attached to ground units, they must be precise with their directions and clear on the radio to effectively put bombs on target.

“The TACP and JTAC capability is a lot like a language translator,” Jenn said. “Two very distinctive branches from the same country speak, think and act differently, so we are that in-between. We can speak ‘Army’ to the Air Force, and ‘Air Force’ to the Army.”