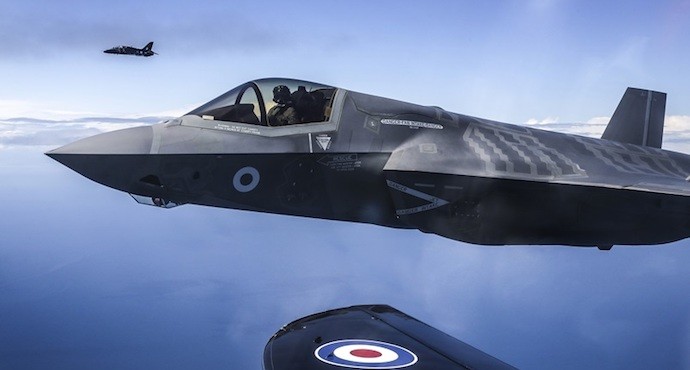 Britain has announced its plans to deploy its new cutting-edge F-35B aircraft for the first time in Cyprus.

The F-35B aircraft will depart their home station of RAF Marham in Norfolk later this year for Cyprus in their first overseas deployment.

These formidable fighters are a national statement of our intent to protect ourselves and our allies from intensifying threats across the world. This deployment marks an important milestone in this game-changing aircraft’s journey to becoming fully operational.

Owned and operated by the RAF, the Lightning Force is jointly manned by both the Royal Air Force and the Royal Navy. The deployment will train and test all aspects of moving this aircraft to a new location, including logistics, maintenance, and sustainment of all the equipment and crew that comes with this impressive aircraft.

It is great to see 617 Squadron, the modern day Dambusters, flying the most advanced and dynamic fighter jet in the UK’s history and about to start their first overseas deployment. I have no doubt that this short deployment will offer many tests, but likewise I am confident that our highly trained and skilled personnel will rise to the challenge and confirm our ability to deliver truly formidable capability.

The Lightning, as the aircraft is known in the UK, is the first to combine radar-evading stealth technology with supersonic speeds and the ability to conduct short take-offs and vertical landings. With the ability to operate from land and sea, the F-35 forms a vital part of delivering a ‘carrier strike’ capability to the UK when combined with Britain’s new Queen Elizabeth Class aircraft carriers.

This first overseas deployment of these world-beating British F-35B aircraft to RAF Akrotiri, together with their embarkation in HMS Queen Elizabeth for the first time in the Autumn of this year, are important milestones to prove their readiness for deployed operations anywhere in the world in defence of our national interests.

The UK currently owns 17 F-35B aircraft and plans to procure 138 aircraft over the coming years.

The F-35 is the world’s largest defence programme at over $1.3 trillion, with UK industry providing 15% by value of every one of over 3,000 jets set for the global order book.