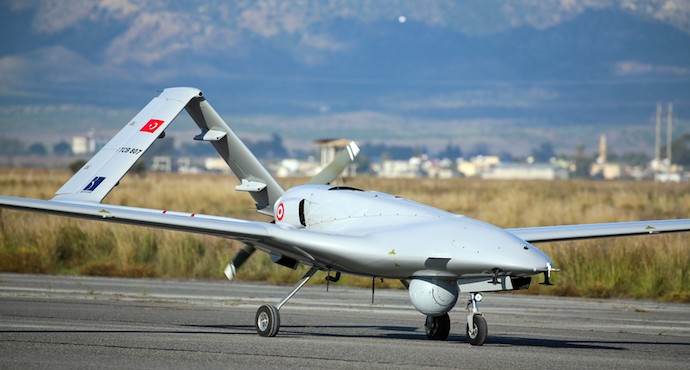 The United Kingdom’s Ministry of Defense is aiming to procure cheaper drones after witnessing the success of Turkish Bayraktar drones in the recent Nagorno-Karabakh conflict in the Caucasus region. The UK is planning to implement a new armed drone program as part of the five-year defense review.

The development was reported in The Guardian that cited UK defense officials as saying that Azerbaijan’s use of cheaper Turkish drones in the six-week autumn war was “crucial in defeating the Armenians”, destroying tanks, weaponry and air defense systems, offering a huge advantage to Azerbaijan and a clear victory.

Recently, a report published on the German website Tagesschau also highlighted that the use of Turkish combat drones greatly benefited Azerbaijan to achieve victory over Armenia.

Ben Wallace, the UK defense secretary, said that Turkish TB2 drones demonstrate how other countries are now leading the way. “The Turkish UAV, the Bayraktar TB2… Its use in Syria, Libya and elsewhere has been responsible for the destruction of hundreds of armored vehicles and even air defense systems” he said.

Manufactured by Turkey’s leading UAV company Baykar Makina, the TB2 drones cost as little as $1m to $2m each, far less than the nearly $20m per drone that the British military paid for a fleet of 16 Protector drones manufactured by US defense company General Atomics.

Bayraktar TB2 is a medium-altitude long-endurance (MALE) and tactical unmanned aerial vehicle capable of performing active reconnaissance, surveillance and armed attack missions. TB2 has a range of more than 150km and can fly at a maximum altitude of 27,000ft and can carry 150 kilograms of payload.

The fleet of relatively low-cost drones developed by Turkey, China and Israel have proved their significance in recent conflicts, boosting air power at a fraction of the cost.