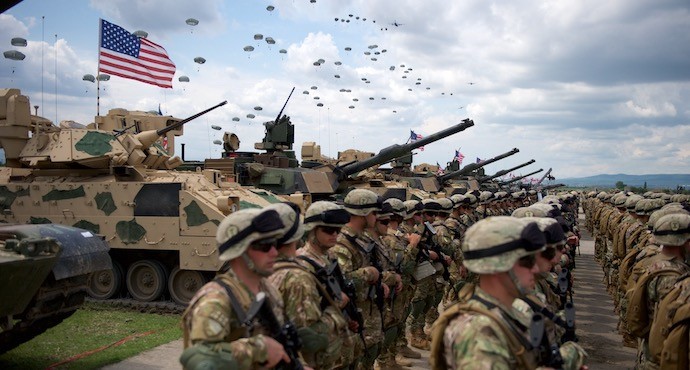 Exercise ‘Defender-Europe 20’ will see largest US deployment of 20,000 troops to Europe in 25 years

The joint exercise is scheduled to be held in April and May 2020, with personnel movement between February and July.

It is the largest deployment of U.S.-based land forces to Europe for an exercise in the last 25 years.

The exercise will involve approximately 37,000 troops from the US, NATO members, and partner country Finland, including some 20,000 troops deploying from the US, according to USAREUR. Some 9,000 US Army, Navy, Air Force, and Marine troops based in Europe and 8,000 European service members will participate, according to a USAREUR fact sheet.

“DEFENDER-Europe 20 is a great opportunity to demonstrate the US Army’s un-matched ability to rapidly project forces across the globe while operating alongside our allies and partners in multiple contested domains,” said Lt. Gen. Charles Flynn, the US Army Deputy Chief of Staff G-3/5/7.

The exercise supports objectives defined by NATO to build readiness within the alliance and deter potential adversaries.

DEFENDER-Europe 20 is a joint, multi-national, U.S. Army Europe-led U.S. European Command exercise that will test the U.S. military’s ability to rapidly deploy a large combat-credible force of troops and equipment to Europe and integrate that force with our partners and allies.