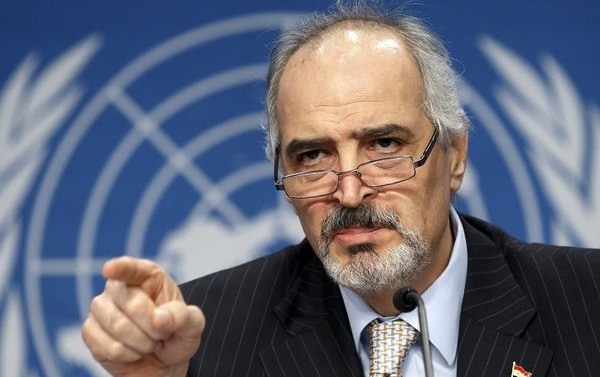 The Syrian government has called on the United Nations Security Council to take action against Turkey for its role in “smuggling” a female suspect in a Paris terror attack into Syria.

Syria’s UN Ambassador Bashar Ja’afari made the remarks in a January 12 letter to the 15-nation body and UN Secretary General Ban Ki-moon, made public on Wednesday.

Hayat Boumeddiene, who is suspected of being involved in a recent hostage-taking drama at a supermarket in Paris, crossed into Syria through the Turkish soil on January 8.

According to Turkish Foreign Minister Mevlüt Çavuşoğlu, Paris did not ask Ankara to deny access to the 26-year-old suspect after she arrived in Istanbul from Madrid on January 2.

“That statement is a formal admission of a point that we have repeatedly made… that Turkey remains the main channel to smuggle foreign terrorists and mercenaries from around the world into Syria,” Ja’afari wrote in the letter.
“The country is also a route, through which they return to their countries or travel to third states.” Syria has been gripped by deadly unrest since 2011. According to reports, the Western powers and their regional allies — especially Qatar, Saudi Arabia, and Turkey — are supporting the militants operating inside Syria.

The violence fueled by Takfiri groups has so far claimed the lives of over 200,000 people, according to reports.