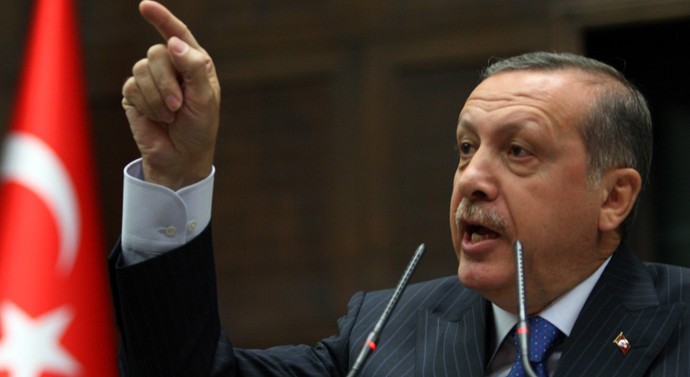 “A northern Syria there after northern Iraq… It is not possible for us to accept this,” AFP reported on Tuesday, citing a report by the Turkish Hurriyet daily.

He was referring to the Kurdish-controlled part of Iraq known as Iraq’s Kurdistan region.

“Such formations will lead to grave problems in the future,” Erdogan added.

The comments came as Syrian Kurdish fighters managed to take full control of the country’s northern town of Kobani, just across the Turkish border, from the Takfiri ISIS terrorists following more than four months of fighting.

On Monday, Kurdish fighters from the People’s Protection Units (YPG), backed by a group of fighters from Iraq’s Kurdish Peshmerga forces, drove out the ISIS militants from the embattled Syrian town, known in Arabic as Ain al-Arab.

In September last year, the ISIL militants captured some 300 Kurdish villages near Kobani and entered the town itself. Tens of thousands of refugees moved across the border into Turkey.

Ankara refrained from helping the YPG forces in Kobani, fearing that the town could be taken over by Syrian Kurds allied to the Kurdistan Workers’ Party (PKK), a group that has been fighting for an autonomous Kurdish region in southeastern Turkey since the 1980s.

Many Kurds in Turkey expressed their anger at the government’s lack of support for the Kurds fighting for Kobani.