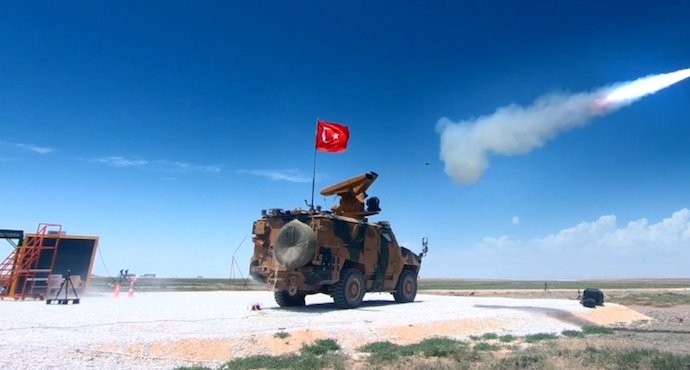 The Turkish portable missile can be integrated to land, air, and, sea platforms

Turkey’s domestically developed air defense missile system is ready for induction after successful trials, the head of the country’s Presidency of Defense Industries said on Wednesday.

The air defense system has the 360-degree shooting capability day and night. It can shoot while moving, along with effective target detection, diagnosis, identification and tracking.

Sungur is ahead of its class with its effectiveness, high maneuverability, high target-hit capacity and countermeasures, titanium warhead and sight that allows the target to be viewed from a long-range, Demir said.