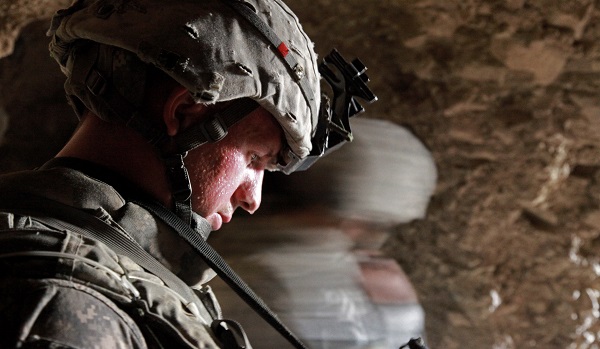 As U.S. led Afghan war officially came to an end after 13 years, the Taliban fighters in Afghanistan have declared the “defeat” of the US and NATO.

NATO’s International Security Assistance Force (ISAF) combat mission will cease to exist on January 1. However thousands of NATO troops will stay in war-torn Afghanistan on a “training and support” mission.

For the Taliban, NATO’s pullout from Afghanistan is a clear demonstration of the alliance’s weakness.

“We consider this step a clear indication of their defeat and disappointment,” the terror group said in a statement, arraigning the US-led mission of “barbarism and cruelty” that left “a pool of blood” behind.

The comment from the Taliban comes a day after NATO marked the end of its combat mission with a low-key ceremony in Kabul, arranged in secret due to the threat of a militant attack.

“America, its invading allies… along with all international arrogant organizations have been handed a clear-cut defeat in this lopsided war,” claimed the Taliban, which ruled Afghanistan from 1996 to 2001.

U.S. Army General John F. Campbell said, “We are not walking away” describing the lingering challenges even after the end of war. “In spite of all of this, the insurgents continue to kill their fellow Muslims in their misguided cause. It’s time for the enemy to heed President Ghani’s call, lay down their arms, come to the peace table, and help rebuild the Afghan nation” he proposed.

The Taliban headed the insurgency against NATO and Afghan forces through all 13 years of the subsequent occupation.

In anticipation of the NATO withdrawal from Afghanistan, the Taliban attacks against military infrastructure in the country only intensified.