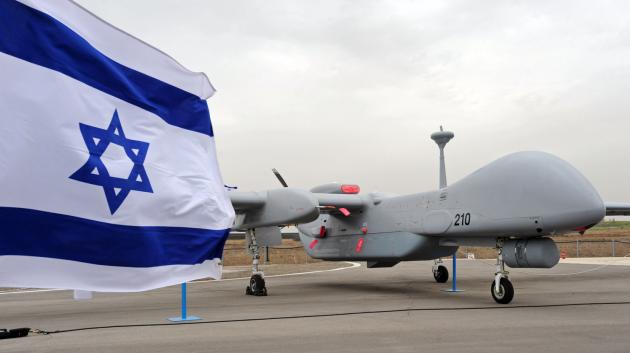 An Israeli reconnaissance drone has been downed over the southwestern Syrian city of Al-Quneitra reportedly by the Syrian army.

Citing military sources, media reports said the Skylark unmanned aerial vehicle “was brought down” on Sunday when it was doing reconnaissance over Quneitra in the Golan Heights.

Quneitra is located in the demilitarized zone between Syria and the Israeli-occupied side of the Golan Heights monitored by the UN peacekeepers since 1974.

No further details have been given yet. There has been no comment from the Israeli officials so far.

The incident occurred as the Syrian army has the upper hand in the battle against foreign-backed militants during the past months.

Israel, which is among the supporters of anti-Damascus Takfiri militants, has carried out several airstrikes on government positions inside Syria since the outbreak of the foreign-backed violence in the Arab country in 2011.

Syria has slammed the aerial assaults as a flagrant violation of its territorial integrity, and called on the UN Security Council to condemn the Tel Aviv regime for its aggression.